TikTok user "100New Friends" Samuel Donner shares how he made friends at a Trump rally and sought common ground with people across the political aisle.

A California man decided to reach across the political aisle and strike up a conversation with Trump supporters at a recent rally in Tennessee, with the goal of making 100 new friends.

"100New Friends" TikTok user Samuel Donner joined "Fox & Friends" on Tuesday to share his story after the video of his experience went viral.

"Growing up in L.A., you think that these events are going to be like, very aggressive," Donner told host Steve Doocy.

"I was absolutely baffled that people wanted to talk and would actually be friends with me."

Former President Trump speaks at a Save America rally in Wilkes-Barre, Pennsylvania, on Sept. 3, 2022. (Kyle Mazza/Anadolu Agency via Getty Images)

The viral video showed highlights from various conversations and interactions with Trump supporters, many of whom agreed to be friends and one in particular who invited Donner to join her Bible study.

Donner said in the video these interactions changed how he views America and challenged his prior notions about Trump supporters. 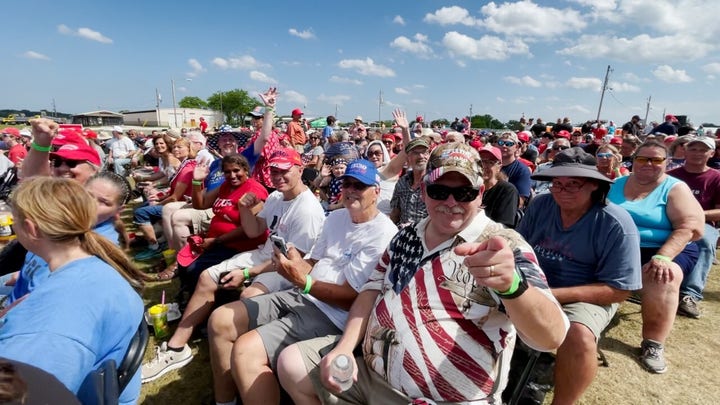 The California teen also acknowledged that despite heightened political tensions, people have more in common than they're led to believe.

"We're just trying to find common ground between humans," Donner said. "And I think at the end of the day, humans have a lot more common ground than we're led to believe. If you can start those conversations, you can actually understand where that common ground is."

Donner said he thought initially that no one at the Trump rally would want to talk to him.

"There were a couple of people who didn't want to talk to me, but overall, everyone was super friendly."

Madeline Coggins is a Digital Production Assistant with Fox News.