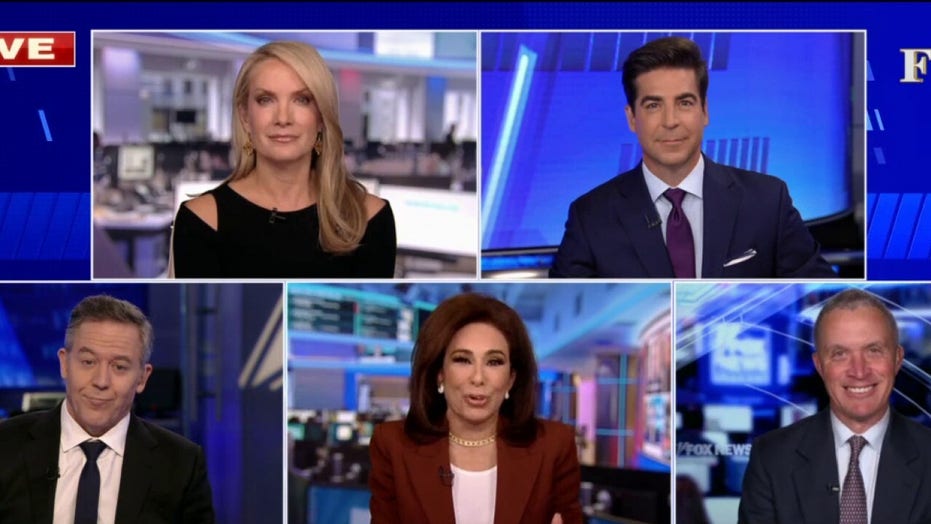 The Left is retreating from the war on COVID as fed up Americans speak up: Watters

'The Five' co-hosts analyze the left's shift in messaging.

Fox News host Jesse Watters blasted Democrats and the media on Monday on "The Five" for their sudden "retreat" from the war on COVID-19 as Americans embrace the reality that coronavirus is here to stay and life must adjust accordingly.

"Vaccinated Democrats are getting breakthrough cases of the 'cron and they are having a breakthrough case of clarity, saying I can tell the difference now. Maybe we shouldn’t be shutting schools down. Maybe we shouldn’t be firing nurses. Maybe vaccinated people can transmit this thing," Watters said on "The Five." "So you’re seeing a retreat in the war against the virus by the left and they are circling back to where conservatives have been for months, if not years."

After nearly two years of advocating or defending various lockdowns and mandates, Democrats appear to be changing their tune

After nearly two years of advocating or defending various lockdowns and mandates in an effort to halt the virus for good, prominent Democrats and media outlets appear to have come to terms with the fact that even with effective vaccines that diminish its impact, COVID-19 is an endemic disease that won't be eradicated at any point in the near future.

Watters said the media's collective effort to reframe the virus as "a bipartisan menace" proves as much.

"[They say]" there shouldn’t be a stigma attached to catching COVID-19. Shouldn’t be ashamed of catching the virus. Oh, thanks, guys. Where has that been?" Watters asked.

"Not even Fauci is taking Fauci seriously," Watters continued. "Slashing the quarantine time in half because he says we don’t want to upset the economy too much. That's all of a sudden is a consideration?"

Democrats are being forced to confront what Republicans have acknowledged from the beginning, Watters explained.

"The same people that push this lie…are saying you know what…everyone is going to get ‘cron.’ We gotta live with it. Now we are all getting back to where Florida has been from the jump. You gotta be smart, got to be safe and you’ve got to be free. It’s taking the Democrats a little longer to get there."

"The Five" co-host Judge Jeanine Pirro echoed the sentiment, adding that she thinks the sudden messaging shift could have something to do with the upcoming midterm elections.

"Fauci has been flip-flopping since day one. What I am hearing now is – I’m hearing a change," she said. "I think it’s like maybe it’s being motivated by politics and the midterms."

Motivations aside, Pirro said officials should focus their efforts on making "sure people can go back to work and that we can lessen the time people quarantine."