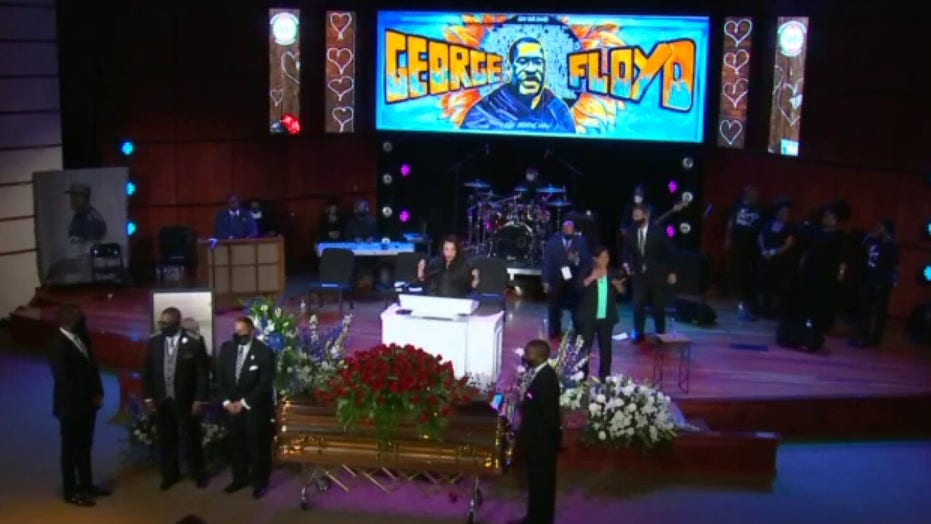 George Floyd honored at memorials in Minneapolis and Brooklyn

Friends, family and celebrities honor the life of George Floyd; reaction on 'The Five.'

"You know, it was great witnessing the homegoing ceremony because it kind of put my spirit at peace," Jones said. "You know, there's been a lot of chaos with this because this has become a national, international story, and to see the family that was able to grieve and be respectful as well and say, you know, we want justice for our brother, our son ... but we also ... don't want our city to be destroyed as well.

"Typically when we have funerals or homegoing ceremonies, it's not public and [the Floyd family] have to do it publicly," Jones went on. "And we got to see his humanity, all the childhood stories."

"But I'm glad that they have remained focused on the vision and that's justice for Floyd and other people that have similar experiences just like him," he concluded.

Hundreds of mourners, including the Rev. Al Sharpton and the mother of Eric Garner, took part in an emotional service to honor Floyd, the man whose death in police custody May 25 sparked nationwide demonstrations against police brutality and racial injustice.

At the same time that Floyd was memorialized in Minneapolis, a memorial was also held in Brooklyn.

Williams said he was happy to see a "shift" towards peaceful protests.

"When you heard the family members speak, they spoke about a real human being, George Floyd, who died that horrible and cruel death," Williams said. "So to me, it was ... such an inspiring moment ... I'm so grateful that we have moved back to the real reason that has spurred these protests, which is George Floyd and his terrible death."