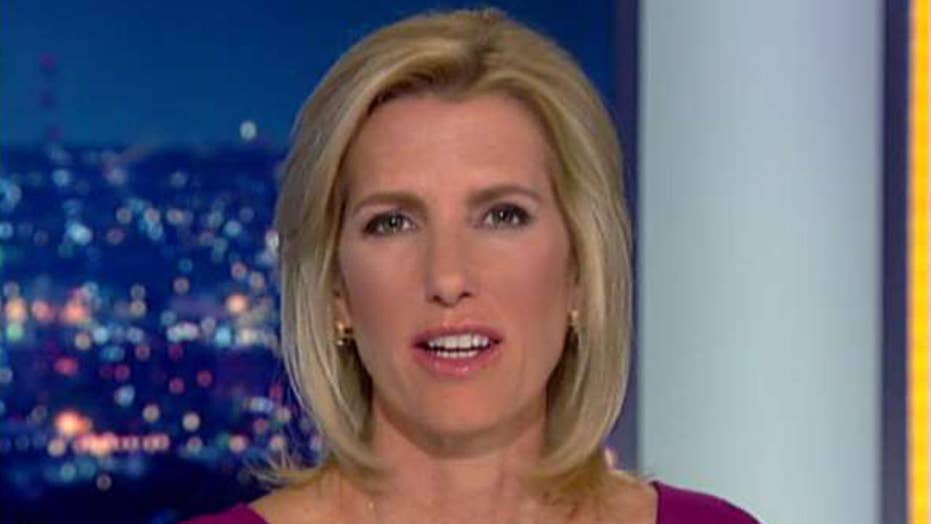 Ingraham: The kids cash in

While liberals with family connections but zero talent cash in and get a free pass, the media say it's the Trump children who are the real problem.

Laura Ingraham reacted Thursday to the news that Prince Harry and Meghan Markle are stepping down as "senior members" of the British royal family.

She said the couple made a decision to not uphold the traditional roles, but continue to "cash in on the whole "royal thing."

"They want the benefits of being a prince and princess, but they see themselves more like Jay-Z and Beyoncé, than Will and Kate or Duke and Duchess," "The Ingraham Angle" host said.

Ingraham compared the royal couple to America's "royal wannabes," going after Chelsea Clinton and Hunter Biden for their entitlement.

"Chelsea is a woman best known for her last name with no discernible professional experience," Ingraham said of the adult daughter of former president Bill Clinton and former Secretary of State Hillary Clinton. "I'm sure she's a nice person, but she also made $9 million since 2011 by just sitting on the board of an Internet investment firm run by her mom's friend."

"Hunter Biden raked in $50,000 a month, of course, as a member of that Ukrainian gas company, Burisma, despite having no energy experience at all," Ingraham said of Democratic presidential candidate Joe Biden's son.

Ingraham ripped the media and critics of President Trump's children who Ingraham argues made their wealth before their father became president, unlike Hunter Biden and Chelsea Clinton.

"But the media tell us it's the Trump kids who need to be watched and held in suspicion," Ingraham said. "I guess the Trump kids need to go bankrupt in order to pass the ethics test of the left."