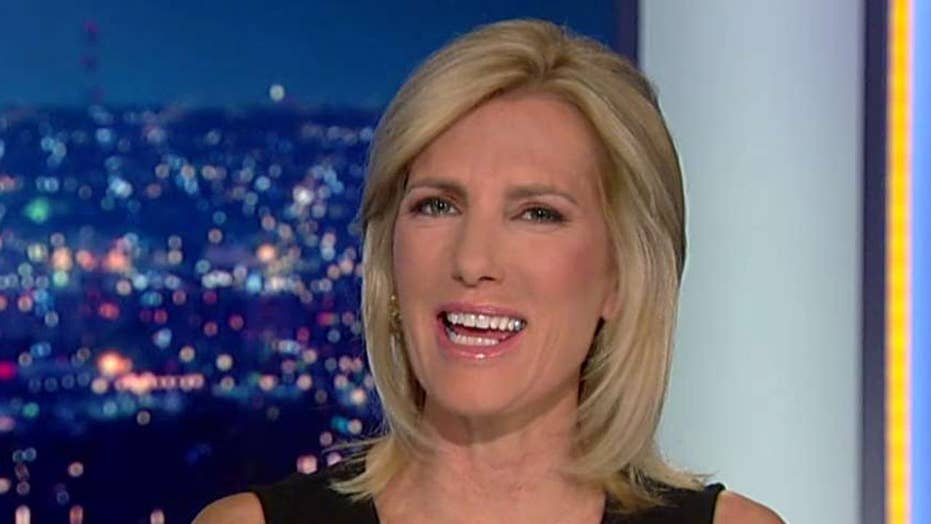 The two articles of impeachment against President Trump are deficient on their face.

"From Day 1, Schiff and company made it clear that they wouldn't go to court to enforce subpoenas. What does that tell you that told you? They had no confidence in their case. They claim there was no time. They pointed to the urgency of the matter. 'We had to stop Trump.' He was going to do it again," Ingraham said on "The Ingraham Angle." "Remember all that. But it was, like, hurry up and wait for an entire month."

"If anyone should be charged with abuse of power, it's Pelosi and Schiff," Ingraham added.

Ingraham argued that Democrats have failed to make the process bipartisan as the framers intended.

"The politics of this impeachment stinks to high heaven. Always have. Democrats didn't get a single Republican to vote for it. Not one," Ingraham said. "The framers made it very clear that impeachment had to be bipartisan, to be legitimate, and the underlying conduct had to be egregious.

"We face a wide array of challenges that need the president's undivided attention," Ingraham said. "Iran, infrastructure, the skyrocketing costs of health care still. This is all a dangerous distraction and McConnell should continue to call it out as such."

Ingraham called on Republicans to stand united and against new witnesses.

"Allowing new witnesses into the process at this point, it only empowers the partisans that began this madness from the beginning. "It's imperative that they stop the Democratic senators itching for a show trial. Allowing this impeachment to go forward only serves to set a poisonous precedent for future commanders in chief. Long after Trump has gone."