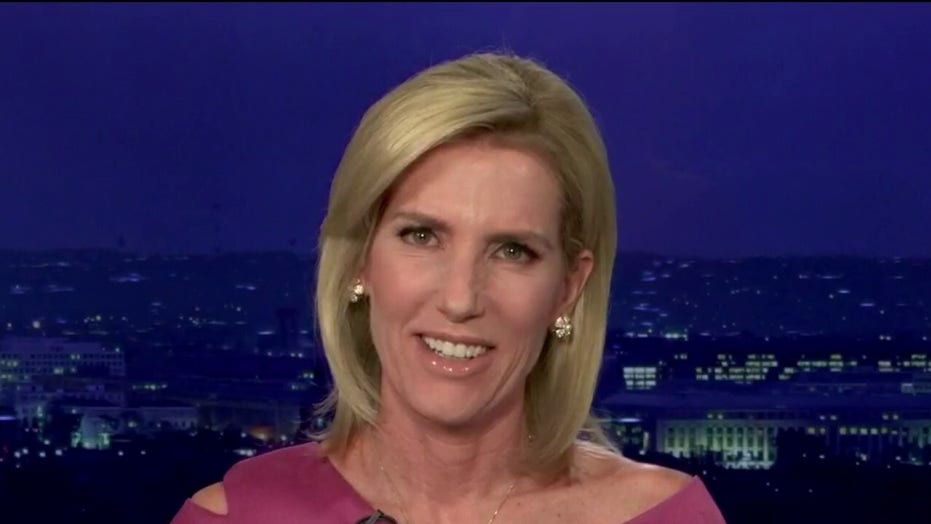 Ingraham: What we still don't know about coronavirus pandemic

There are many important questions about the coronavirus and the answers will tell us whether the mediation actions we are taking were right or wrong, too much or too little.

1. What is the true mortality rate of COVID-19?

"We don't yet know how dangerous the coronavirus is, and we won't know until more data comes in," Ingraham began.

"We don't yet know how dangerous the coronavirus is, and we won't know until more data comes in."

"Estimates range from below 1 percent in the young to over 14 percent among seniors or the medically compromised," Ingraham added. "Here in the U.S., it seems the more we test, the lower the mortality rate, and that makes everyone feel a little better ."

2. How contagious is the virus?

"People are terrified they're going to get the disease by just walking by someone on the street or in the grocery store [while] going out to get milk, and sitting next to someone in the doctor's office for just five minutes," Ingraham said.

As the country embraces social distancing at the behest of U.S. public health officials, Dr. Richard Martinello, an infectious disease specialist at Yale University, said there's still much to learn "about how this pathogen is transmitted between individuals," Ingraham explained before going on to quote the doctor.

"People are terrified they're going to get the disease by just walking by someone on the street or in the grocery store."

"Data is needed not only to better understand when those become ill shed the virus but also which body fluids contain the virus and how those may contaminate surfaces and even the air surrounding them," Martinello wrote.

3. Why do some suffer only mild symptoms?

"We don't know why some of those [infected] have only mild coldlike symptoms that resolve on their own, while a significant minority of those affected may have serious symptoms that lead to pneumonia and even death," Ingraham said.

"One theory is that the severity of symptoms is linked to the strength of a person's general immune system ... but that's just one possible explanation. "

"We still don't know who the first patient was who contracted the virus in China," Ingraham pointed out.

"The coronavirus started spreading for weeks before the first cases were officially reported by China."

"That's a key fact that a lot of researchers say is essential to the analysis of this disease," she added. "The coronavirus started spreading for weeks before the first cases were officially reported by China."

5. Can we trust the Chinese government to provide accurate data?

"As soon as word got out about this new potentially deadly virus, the CCP [Chinese Communist Party] began to crack down on journalists for doing their job," Ingraham continued.

"China's motivation is obvious, it further allows them to deprive us and their own people of real information."

The New York Times reported in January that a group of Hong Kong journalists who were visiting a Wuhan hospital housing some of the first infected patients was detained and questioned for hours. They were reportedly asked to delete their TV footage and hand in their phones and cameras for inspection.

CHINA KICKS OUT US JOURNALISTS

On Tuesday, China escalated its tit-for-tat propaganda war with the United States by expelling journalists from several top media outlets, including The New York Times, The Washington Post and The Wall Street Journal.

"China's motivation is obvious," Ingraham said. "It [The expulsions] further allows them to deprive us and their own people of real information, accurate information on what the heck is going on and what happened originally with its coronavirus."

6. What is China's relationship with the World Health Organization?

"Remember," Ingraham cautioned, "China is co-founder of the WHO and it provides an enormous amount of funding to it. They are now the second-largest donor after the United States ... [but] somehow they seem to be pulling all the strings."

Ingraham cited a CNN report alleging that the WHO's praise of China's response to the virus has led critics to question China's influence with the organization.

"There is a lot we do not know and a lot of information coming from China that we can't frankly trust."

"When you hear of officials here or journalists, commentators, lauding the Chinese containment of the virus, take that all with a very large grain of salt," Ingraham concluded.

"Remember, we are wise to heed expert advice from trusted U.S. sources — but we should also remember that there is a lot we do not know and a lot of information coming from China that we can't frankly trust."