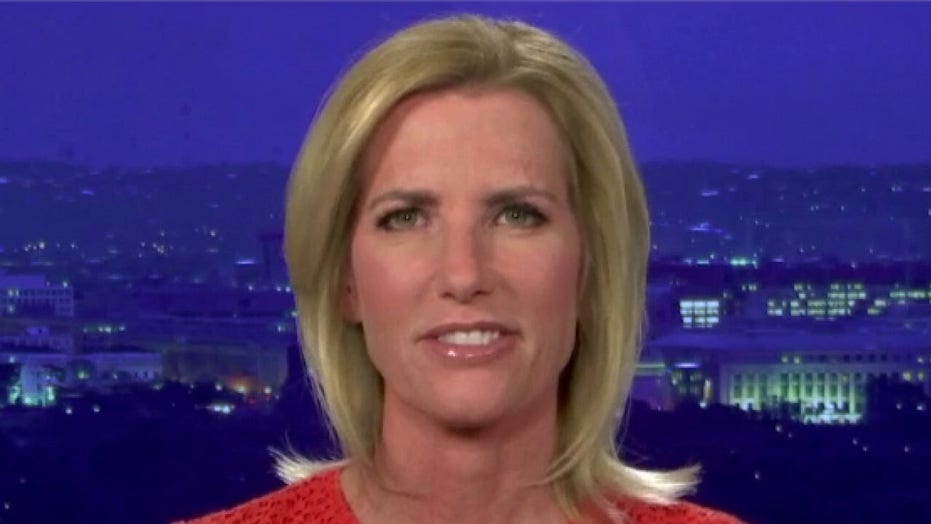 Laura Ingraham: Americans should 'focus on what matters' this election

'Ingraham Angle' host surveys the political and social landscape with 40 days to go before polling day.

Voters in the Midwest should look closely at the state of Illinois before deciding who to vote for in this year's presidential election, Laura Ingraham said Thursday.

"The Ingraham Angle" host opened her show by analyzing recent polls that show President Trump gaining ground in Florida and Arizona and tight races in many of the Midwest states that Joe Biden hopes to either keep in the Democratic column or take back from the incumbent.

"If Trump carries Florida, North Carolina and Arizona, along with the other states he is already expected to win, he'll have more than 250 electoral votes," Ingraham said. "At that point, the only way for Democrats to win would be to sweep Pennsylvania and the Midwest with mail-in ballots."

MORE THAN HALF A MILLION VOTES ALREADY CAST IN 2020 ELECTION

"After being the punch line for liberal elites for years and years, the Midwest finally has its moment in 2020," the host said later in the segment. "If you're from Wisconsin and you're an independent but Trump's tweets bug you, OK, I get it. But focus on what matters: Your family, their future, your and their safety, and prosperity."

This year, according to Ingraham, Midwesterners have a choice between Joe Biden and the Democrats, whose policies "ran [Illinois] into the ground", and Trump, who "really is just all about returning power to people, the American people, and that means respecting your freedom to live your life, raise her family, and yes, pursue your happiness."

"Chicago-style Democrats, they are not up at night worrying about any of that," she concluded. "After all, why would they? Their supporters think that you are a bunch of racists who are destroying the planet. So more freedom for you means less control for them. They don't like that at all."