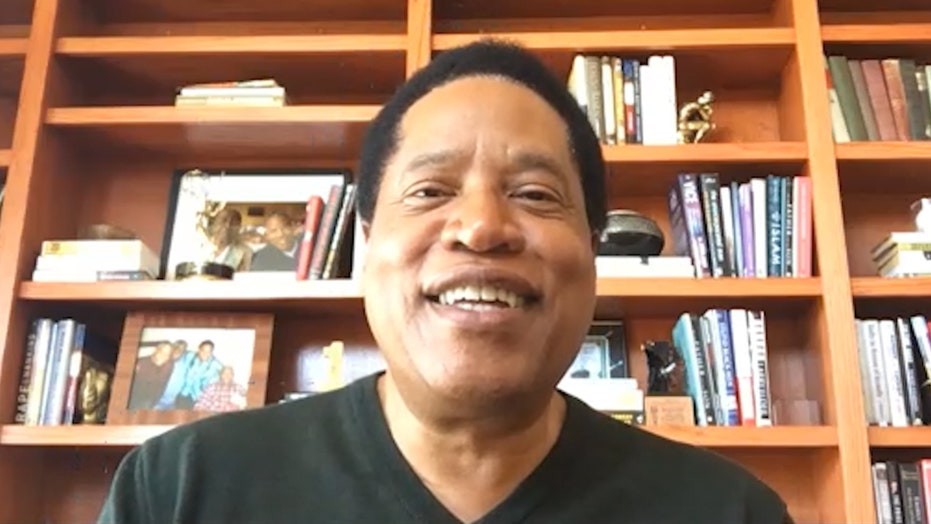 In today's climate, many Americans can feel the deep cultural divide that seems to have seeped its way into every corner of day to day life.

Some say the tension has created a society that has become afraid of voicing opinions when faced with the merciless court of public opinion. But for Larry Elder, a bestselling author and nationally syndicated radio talk show host, being attacked for simply speaking his mind is nothing new.

A vocal conservative his whole life, Elder has been harshly criticized or largely ignored by most on the political left for his entire career.

In his new documentary, “Uncle Tom,” he and a number of influential figures including Thomas Sowell, Walter Williams, and Candace Owens, among others, speak about the difficulty of being Black conservatives in America.

“At one time early in my career I used to get angry about it, but now I feel sorry for them [Black liberals] because you're stopping a debate from taking place,” Elder told Fox News.

When asked about the Black Lives Matter movement, Elder says it is a “bogus movement based upon a bogus notion, and the bogus notion is that the police are out brutalizing Black people.”

“I defy most people to name an unarmed white person who’s been shot and killed by the police, because the media doesn't care. Van Jones doesn't care. CNN doesn't care. This whole narrative is bogus and it's getting people killed,” he continued.

According to the radio host, there is a long list of issues plaguing the Black community, but institutional racism and police brutality are not among them.

“Tell me where Black people [are] being hurt in the year 2020. Did I sleep on the fact that a guy named Obama…middle name Hussein…he knocks off Hillary [Clinton], he knocks off John McCain, he knocks off Mitt Romney and we're talking about institutional racism in America? It's ridiculous,” Elder argues.

In his documentary, he makes the case that Black voters are waking up to generations of pandering by Democrats trying to secure their vote.  Elder specifically speaks about the political left re-writing history as a way to vilify the Republican Party in the eyes of Black Americans, and their attempts to keep poor communities dependent on the government by incentivizing single motherhood through the welfare system.

But has the Black Lives Matter movement and racial tension gripping the country affected this supposed awakening? Elder says it is still too early to tell, but he is confident President Trump will receive at least 50 percent more, possibly even double, the amount of Black support --8 percent--than he did in 2016.

"This is a president who has spent more money on historically Black colleges than any other president. He's expanded so-called enterprise zones that provide tax breaks and regulatory reform for people that open up businesses in the inner city. He's doing something about illegal immigration and, for crying out loud, he supports choice in schools," said Elder.