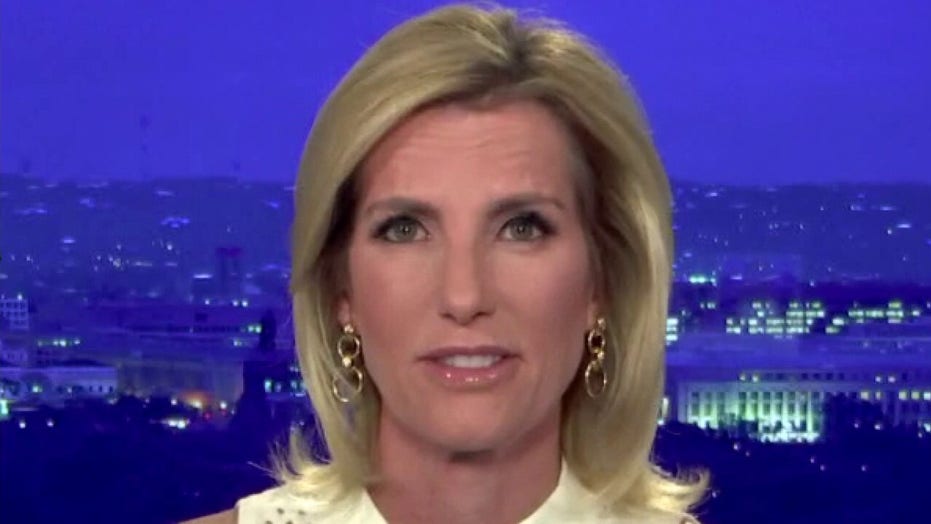 Far from being a uniting force, a Biden presidency would usher in a time of division and distrust unlike anything we've experienced in our lifetimes.

The host made the case that Biden could not not fulfill all the promises he is making, the same promises former President Barack Obama made to unite the country.

"He [Biden] couldn't lead a retirement home sing-along, let alone the largest military superpower on Earth," the "Ingraham Angle" host said. "A unifying force, he is not ... His campaign has tacitly thrown in with the Marxist [Black Lives Matter] and Antifa forces. They're taking radical, violent action to do what Obama pledged he would do through policy making in 2008, remake America."

REUNITED: OBAMA TEAMS UP WITH BIDEN FOR THE FIRST TIME IN THE 2020 PRESIDENTIAL CAMPAIGN

Ingraham said that while most Americans view the ongoing demonstrations as "some dystopian movie you're watching over and over again," activists have deemed the "chaos and mayhem" to be "necessary."

They believe you have to annihilate the old traditions to prime the population for a new normal," she said.

"Biden, to the extent he even understands what's going on at all, seems totally fine with this and to co-op one of their most tedious mantras, his silence is violence," Ingraham continued. "Violence against the political, historical and cultural landmarks of our nation. Joe says nothing when, day after day, these macchiato Maoists are taking over city blocks, terrorizing small business owners, assaulting innocent Americans just because they can.

"Do you know why Biden doesn't speak out forcefully against any of this?" she went on. "Because he can't afford to offend these hemp-wearing nasties. They're the closest thing he has to an actual campaign base. They have energy. They're well-organized. They're well-funded. And they do what Biden himself will not do.

"They'll fly all over America to mix it up and they'll try to bait Donald Trump into action. They'll all vote for Biden. Of course they will. None of them are going to vote for Trump. And Biden is just fine with that. He needs that."

"His campaign team thinks that he can ride this violent anarchy ... right into the White House again," she concluded. "But far from being a uniting force, a Biden presidency would usher in a time of division and distrust unlike anything we've experienced in our lifetimes, even worse than what's happening right now, because his election will not lead to more calm.