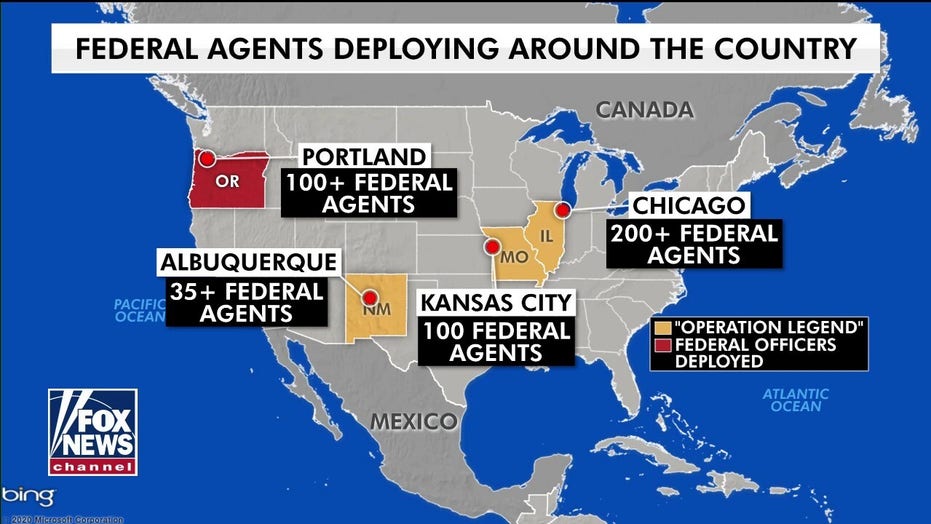 Kevin McCarthy: It's 'astonishing' Democrats won't protect their cities, back their law enforcement

House Minority Leader Kevin McCarthy told 'Fox &amp; Friends' the administration is using Operation Legend as an opportunity to 'bring law and order and justice back to America'

While President Trump may be better off politically by allowing chaos to unfold on American streets, he "cares too much" about the safety and security of his people to do so, House Minority Leader Kevin McCarthy, R-Calif., said Thursday.

In an interview on "Fox & Friends,"  McCarthy said that was the reason Operation Legend was devised in the first place, citing the death of a 4-year-old boy -- LeGend Taliferro -- who was killed in his sleep in Kansas City, Mo., at the end of June.

TRUMP TO 'SURGE' FEDERAL AGENTS TO CHICAGO, OTHER CITIES, AMID SPIKE IN VIOLENT CRIME

"What a political stunt is that is shocking and astonishing to me is that Democrats continue to shrug their shoulders and just say people will do what people do," he said. "This is an opportunity to bring law and order and justice back to America."

The lawmaker said that people who live in autonomous protest zones "cry" for the idea of justice, freedom, security and safety.

"It's unfortunate that the president has to do what he's doing. Why have we gone so far?" he asked. "That these mayors, their political beliefs are so great...they'll allow weekend after weekend young children to be murdered upon numbers that are astonishing for this nation. That they wouldn't work with the federal government to bring security and safety back to their own streets."

Mayor Ted Wheeler speaks to people gathered in downtown Portland, Ore., Wednesday, July 22, 2020. Wheeler faced a hostile crowd of protesters, who screamed at and sharply questioned him as he tried to rally demonstrators who have clashed repeatedly with federal agents sent in by President Donald Trump to quell ongoing unrest in the city. (AP Photo/Gillian Flaccus)

Violent crime has spiked across the country amidst the COVID-19 pandemic and protests over the death of George Floyd while in police custody.

Lightfoot's city of Chicago is currently experiencing yet another spate of deadly gun violence. A shooting at a funeral home earlier this week left 14 people injured and followed a weekend that saw 10 people killed and 60 people injured due to gun violence.

Operation Legend will deploy hundreds of federal agents -- from the FBI, U.S. Marshals Service, and other agencies partnering with local law enforcement -- to help combat Chicago's crime wave. In addition, a "surge" of officers will head to Albuquerque, N.M. There is already a federal presence in Portland, Ore., and Kansas City. 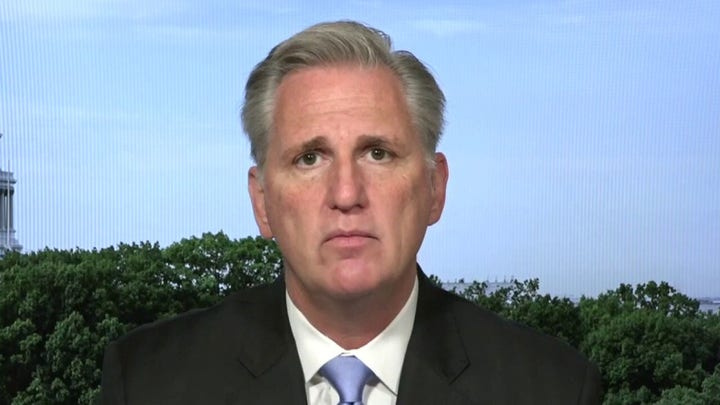 McCarthy said he was astonished by the response of liberal politicians in cities like Portland who didn't want federal help.

"That's astonishing to me. And, that’s why I introduced a bill that could withhold funding for these local localities if they don't protect the statutes and the responsibility of what they had," he said.

"Because I know firsthand, I've had a dear friend that her brother was killed working for the federal government protecting a courthouse in Oakland, California, during one of those protests…Pull up in a van, open it, and shoot Officer Underwood simply because he was an officer standing in front of a courthouse," McCarthy said, referring to slain Officer Patrick Underwood.

"That is the America that we see under these cities, and that's why I applaud this president for protecting American citizens regardless of what these mayors' political beliefs are. It's a responsibility that we bring safety back to America," he said.