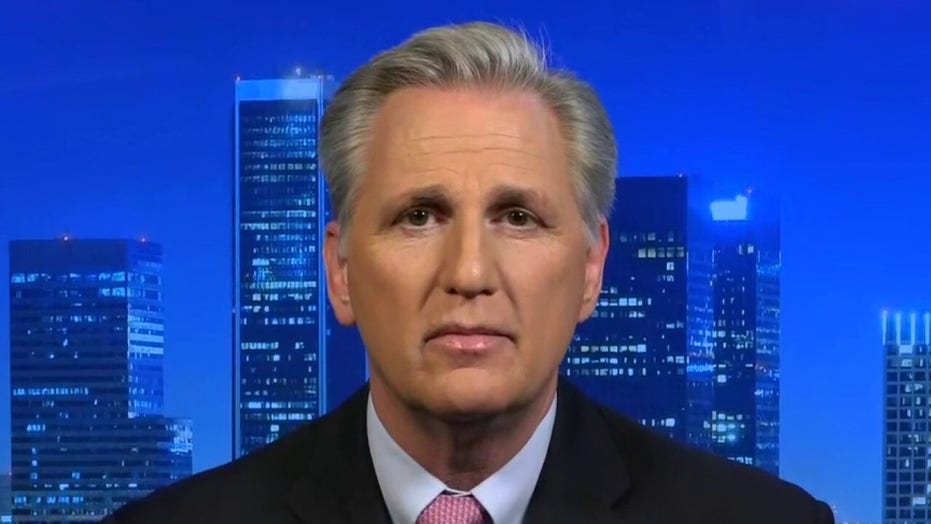 "They were preoccupied with impeachment instead of protecting this country," McCarthy said on "Hannity". "That's exactly the only thing they focused upon. And then you watch Nancy Pelosi, I watched her sit there and say those words, and it was very upsetting to me as an American, not as an elected official but as an American."

McCarthy claimed that members of both parties had largely agreed on the parameters of the $2 trillion coronavirus aid package enacted last week before Pelosi "flew in" and "stopped the relief."

"She restricted any relief from coming unless she could invoke her liberal wish list into reality," McCarthy said. "She talked about changing election law. She talked about Planned Parenthood. She talked about paying off pensions. This is why she held back, why millions of Americans lost their jobs."

"Remember what her number three said," added McCarthy, referring to House Majority Whip James Clyburn, D-S.C. "This is a time to change the scope and the direction of this country into their belief, to restructure it, was the actual words."

McCarthy went on to say that while Pelosi delayed the bill and added extra provisions, it hurt "front-line" hospital workers.

The minority leader also referenced one widely-touted Pelosi provision -- allocating $25 million to the Kennedy Center in Washington -- which has since suspended pay to its house orchestra and furloughed other workers. After learning of the furloughs, Rep. Brian Steil, R-Wis., introduced a measure to claw back the allotment to the Kennedy Center.