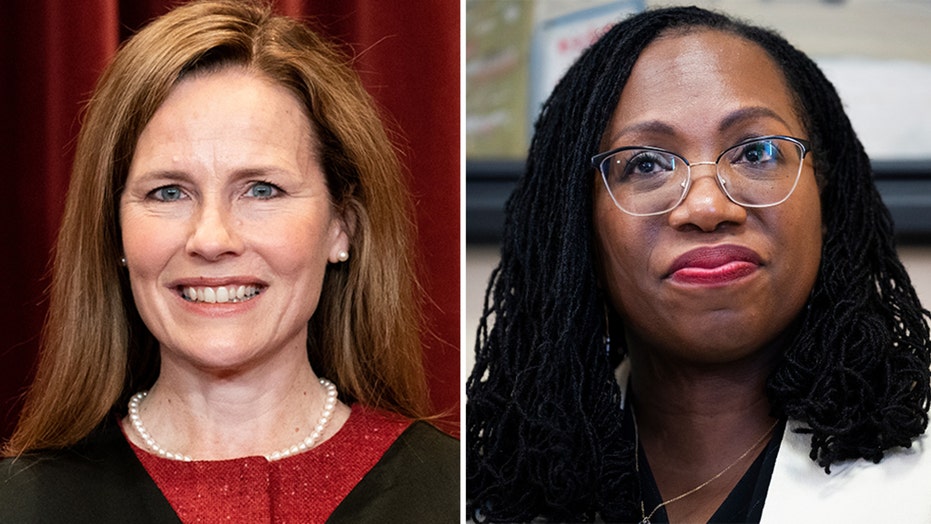 After President Biden announced he was appointing Jackson to replace retiring Associate Justice Stephen Breyer, The New York Times editorial board called it a "cause for celebration," writing, "It is a well-deserved acknowledgment of her years of experience and her qualifications for the job, not to mention a symbol of American progress and a redefinition of who is entrusted with the awesome power to decide the meaning of our Constitution and laws."

As for Barrett, the board lamented her "deeply conservative" views and that she had been "anointed" by the conservative Federalist Society. In its initial editorial on Jackson, it didn't label her political ideology, despite her nomination being embraced by the Democratic Party's left flank.

Frequent MSNBC guest Elie Mystal defended Jackson from what he asserted was a death threat being waged by Republican Missouri Sen. Josh Hawley for criticizing her record while he himself attacked Barrett's record on health care.

ABC's "Good Morning America" celebrated Jackson's "history-making" nomination and aired a puff piece about what her "lifelong friends" had to say their future pal justice. Meanwhile, the show attempted to link the Christian group to which Barrett belonged to the dystopian novel and TV series "The Handmaid's Tale."

CNN personalities celebrated Jackson's confirmation as a "great day for history to be made" while deriding Barrett as "the full Trump program."

CBS News praised Jackson's "stellar academic and legal credentials" as well as her "compelling life story." But for Barrett, the network warned about her "strong anti-abortion rights views" and how her confirmation would "move the court to the right for a generation."