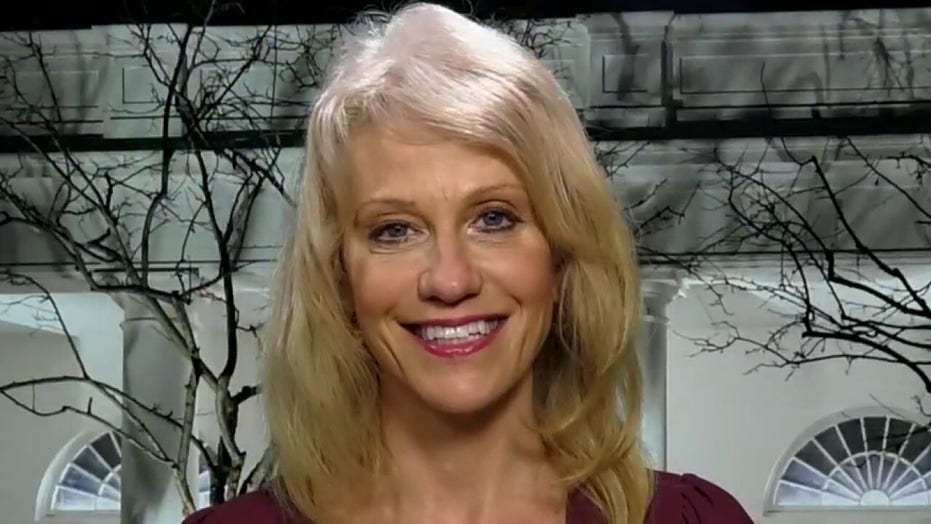 Presumptive Democratic presidential nominee Joe Biden is catering to his "far-left" base in calling for a stimulus bill significantly larger than the $2 trillion package already approved to help Americans during the coronavirus crisis, a key aide to President Trump said Saturday.

Kellyanne Conway, counselor to the president, shared her views during an appearance on Fox Ndews' "Justice with Judge Jeanine."

"He's trying to kowtow and capitulate to the far-left is overtaking the Democratic Party," Conway said of Biden, reacting to story published by Politico.

"The irony... [is] Joe Biden sounds like many of the far-left candidates he beat in the primary," she added. "And now he's trying to sound like them, even though he was able to become the frontrunner again after a year of being the frontrunner. It's a little circuitous, but he's really ... giving in to the craven elements of his party for which there's never enough money."

Conway also blasted Biden for not focusing on the coronavirus pandemic.

"And what I found really curious and regrettable about Joe Biden's [Politico] interview is that he was talking about the things he'd want to invest in," Conway said. "And frankly, they have nothing to do with ridding us of the coronavirus and making sure that we have vaccine therapeutics that we can count on -- any hospital surge or ventilator surge -- if, in fact, there's another hotspot somewhere."

Conway also weighed in on an accusation made against Biden that he sexually assaulted Tara Reade, a Senate staffer for Biden in the early 1990s whose allegations have gained media traction.

"They're being completely disingenuous and hypocritical by not even giving this woman her due," Conway said of the treatment Reade has received since going public. "The second part is, you know, a lot of Democrats try to push Joe Biden out of the race. They don't want him to be the nominee. Now they're stuck with him and they're using this as a backdoor excuse to maybe call [Biden] into question."