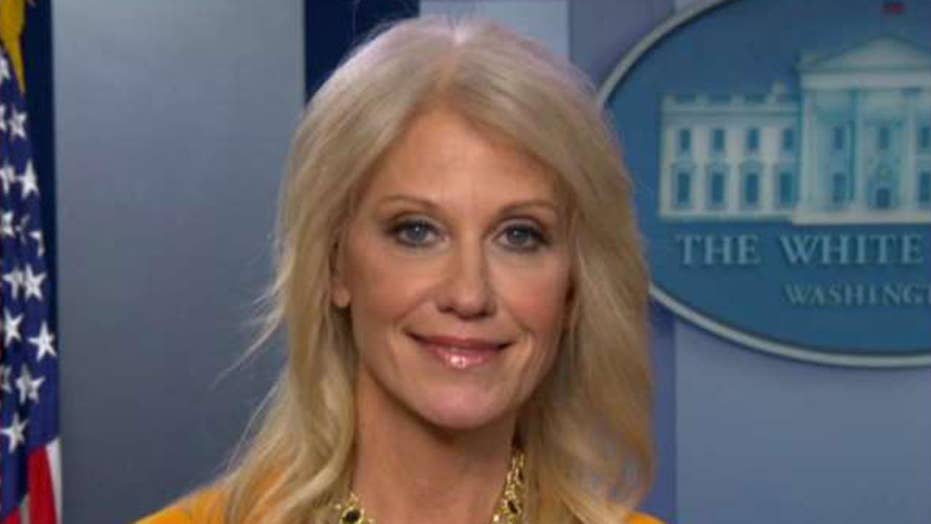 Kellyanne Conway: Trump agenda has been successful despite impeachment

Counselor to the president Kellyanne Conway weighs in on the next steps following the House vote on impeachment.

President Trump had one of his most successful weeks as commander-in-chief this week -- with victories on trade, military pay, paid family leave, the Space Force and other initiatives -- despite House Democrats trying to impeach him, White House counselor to the president Kellyanne Conway said Thursday.

"That was all this week -- and we haven't gotten to Friday yet," Conway told host Laura Ingraham on Fox News' "The Ingraham Angle."

According to Conway, Trump made headway on USMCA (United States-Mexico-Canada Trade Agreement, the plan intended to replace NAFTA), getting it through the hurdle of the House of Representatives. The new plan offers potential benefits for union automobile workers, farmers and other Americans.

The president also has taken another step toward a China trade deal.

"We've had it in place for over 50 years," she said, noting that the latest renewal guarantees "the third consecutive pay raise for our military on his watch."

When Ingraham asked whether Trump expected to get a "win" on impeachment, Conway said the president has already won in the eyes of Americans.

"The president has been doing the business of the people," she said, adding that it's the Democrats who have been focused on impeachment.

She added: "I think we don't just, quote, 'take the win,' because I think you fully exonerate the president."

Regarding the hearings on Capitol Hill, Conway criticized the partisan nature of the proceedings, remarking that no formal court in America would allow people like Intelligence Committee Chairman Adam Schiff, D-Calif., or Judiciary Committee Chairman Jerrold Nadler, D-N.Y., to adjudicate cases.

Both Schiff and Nadler have been "going off for three-to-five minutes, insulting and denigrating the defendant, Donald Trump -- who, by the way, can't have his own attorney present."

She said Democratic lawmakers have also missed opportunities this week to meet with Trump and discuss issues important to voters in their districts, such as the USMCA.