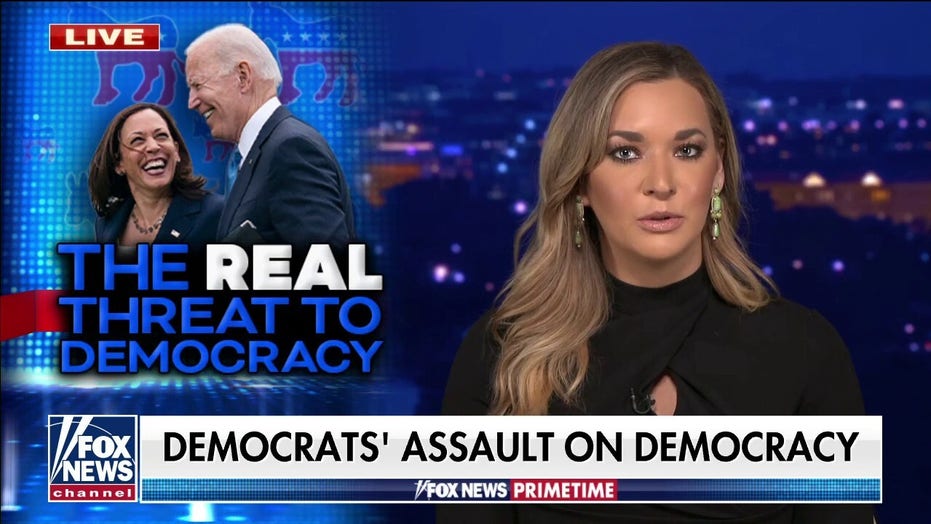 The American people are fed up with big government: Pavlich

KATIE PAVLICH: The Democrats say they stand for democracy, until it gets in the way in their way, and then they want to destroy it. Just look at progressive congresswomen Pramila Jayapal, who couldn't take Joe Manchin's no for an answer on Build Back Better. Instead, she is now calling on Joe Biden to override Senate procedure and pass parts of the bill through executive action. But it's obvious the American people are not a fan of executive overreach.

Maybe this is why Joe Biden's approval ratings are crumbling. As recent polls have shown, more than half of the country disapprove of his leadership. And it's not just the White House feeling the heat. As a red wave could be set to hit Congress in the 2022 midterms, with data showing more Americans prefer generic Republican candidates over the Democrats. These polls show what we already know: that the American people are fed up with big government. That they've had enough of far-left policies being shoved down their throats. But don't kid yourself, the war on democracy is real. It's just that the attacks are coming from the left.