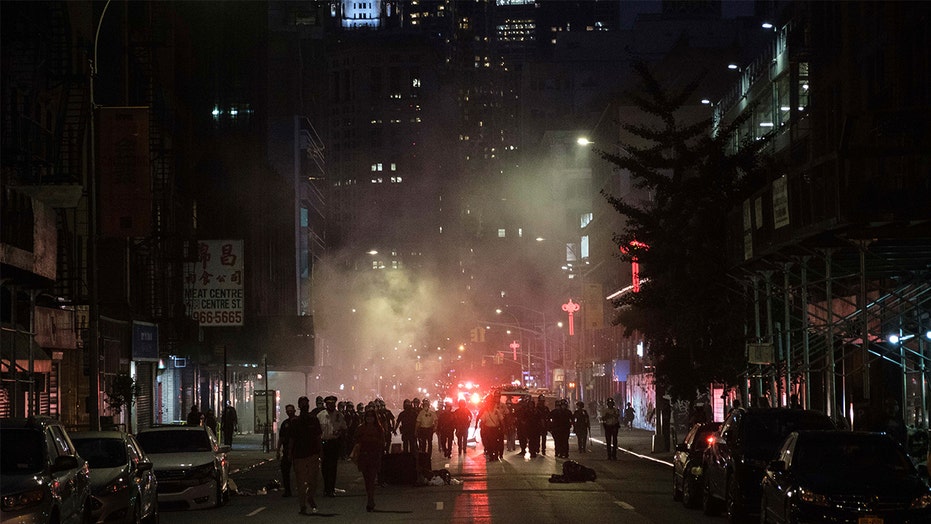 Markowicz: New Yorkers won't return if they don't have a stable city to come home to

New York Post opinion columnist Karol Markowicz told "Fox & Friends" Tuesday that New York City has become "sort of a disaster area" as a result of the coronavirus pandemic and a spike in violence over the past several weeks.

“We have to sort of have the basics, which is security, and we don’t have that ...," Markowicz said. "Crime is really high, these riots are just continuing, schools have no plan to reopen.

“Parents can’t live like that and I don’t see why many New Yorkers would return if they don't have a stable, safe city to return to,” she added.

In a Post opinion piece published late Sunday, Markowicz described the city as "empty" and "hurting," beset by violent crime, homelessness, and other quality of life isses such as an increase in graffiti.

"The minimum that needs to be offered to New Yorkers hoping to return is security and stability," she wrote. "Instead, we have a hapless mayor, a preening governor and no path forward. Workers can live anywhere right now. Why would they choose the Big Apple?"

Markowicz wrote that three things must happen for the city to stop its slide. First, she said, schools must reopen for full-time, in-person instruction this fall. Second, police must be allowed to contain protests that Markowicz wrote "have turned into riots." ("The Commie tent city next to City Hall can't be allowed to return.") Third, New York Gov. Andrew Cuomo must stop imposing new coronavirus-induced restrictions on businesses.

"I think he needs to lay off," Markowicz explained Tuesday. "He can’t keep playing this game where he doesn’t tell them [businesses] what is going to happen and keep changing the rules around them and expect them to survive. A bar can open in New York and struggle and be targeted by Gov. Cuomo or it can open up in another state where it won’t have these problems.”