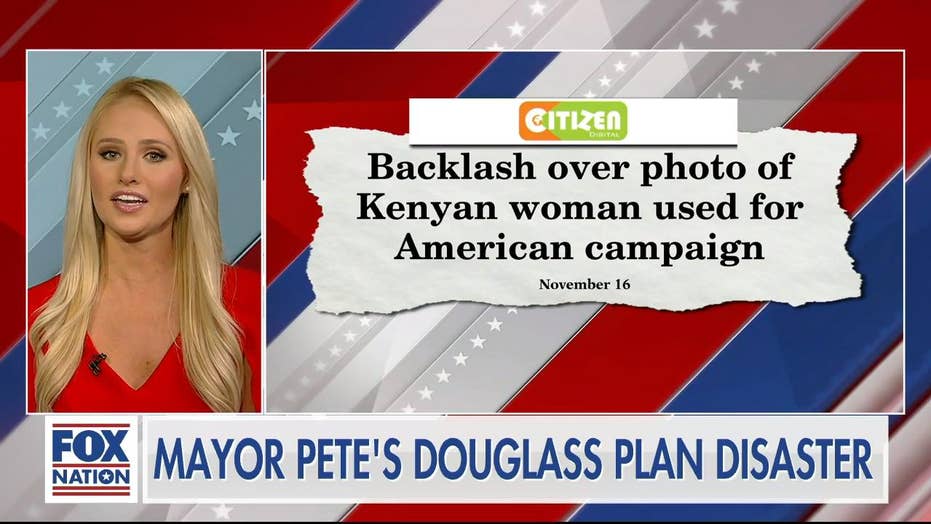 Tomi Lahren to Pete Buttigieg over campaign's 'Black America' backlash: 'What the heck were you thinking?'

The Buttigieg campaign faced backlash last weekend amid the rollout of his "Douglass Plan," meant to strengthen the "empowerment of black America," after it was discovered that an image of a black woman shown on the website promoting the plan was actually a stock photo of a woman in Kenya who was unaffiliated with the campaign.

"I think that it really speaks to a larger issue... I believe that the mayor has made apologies for that," Harris said Wednesday.

"The larger issue is that for too long, I think, candidates have taken for granted the constituencies that have been the backbone of the Democratic Party and have overlooked those constituencies," said Harris, accusing her opponents of taking the votes of black women for granted.

"They show up when it’s, you know, close to election time, and show up in a black church and want to get the vote, but just haven’t been there before."

During a campaign event in Nevada earlier this week, Harris was asked about the stock photo incident and said Buttigieg would "have to answer" for his misuse of the photo.

"Let's be clear, she added, "that the Democratic nominee has got to be someone who has the experience of connecting with all of who we are, as the diversity of the American people."

The Buttigieg campaign told Fox News that the Kenya photo "was removed from the page on our website promoting the Douglass Plan months ago as part of a regular update. However, we know we owe an explanation for how it came to be used to begin with. Using stock photos is standard practice across many campaigns."

Screen grab from Buttigieg campaign PDF .  The photo shows a woman in Kenya, and a child.

Fox Nation host Tomi Lahren weighed in on the issue in the latest episode of "Final Thoughts," saying Buttigieg's efforts to rally black voters may have done him more harm than good.

"You really can't make this stuff up," Lahren said. "I’m gonna go out on a limb here and say that move probably isn’t going to win over much black support for good ol' Mayor Pete."

Lahren also noted that Buttigieg's misuse of the photos is not the first unforced error involving his campaign's effort to court black voters.

The Buttigieg campaign is still dealing with clean-up after unveiling a large list of some 400 South Carolina Democrats who backed the Douglass Plan. But some of those listed later reportedly said they're supporting other candidates in the Democratic nomination race. 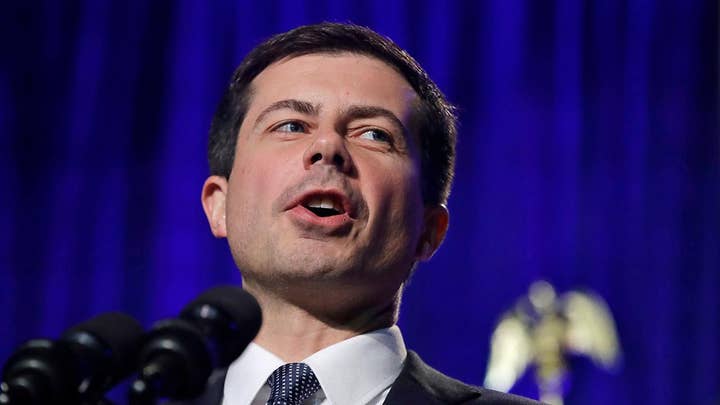 Accusing the media of granting Buttigieg a pass for his recurring fumbles in his attempt to gain black support, Lahren took them to task for their willingness to look the other way for the 2020 Democratic candidate.

"Pete, Pete, Pete! What the heck were you thinking?" Lauren said. "But strangely...we aren’t hearing much from the leftist mainstream media on this giant flub. I wonder why?"

"Can you imagine if a white Republican candidate released a plan for “racial justice” as promoted it with stock photos, a BS and misleading endorsement list made up of largely white people?" Lahren concluded. "Funny how that goes, huh."