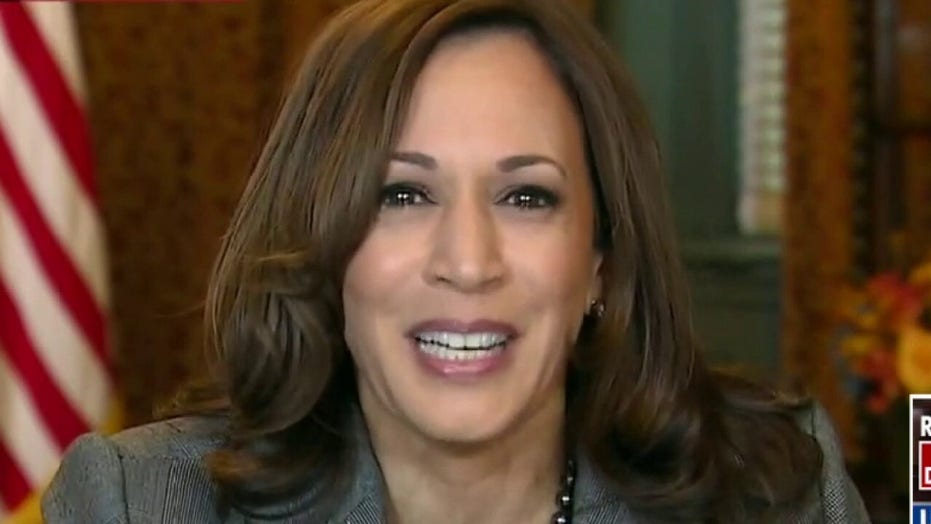 Vice President Kamala Harris, who has a habit of laughing when confronted by reporters, chuckled on Thursday when asked if she is being properly used by the Biden administration.

ABC News’ George Stephanopoulos asked Harris, the subject of a recent scathing CNN report that outlined frustration and dysfunction in her office, if she feels "misused or underused" by the Biden administration.

"No, I don’t," Harris responded as she laughed.

"I am very, very excited about the work that we have accomplished but I am also absolutely, absolutely clear-eyed that there is a lot more to do and we’re gonna get it done," Harris continued.

The CNN piece touched a nerve in the White House, with press secretary Jen Psaki tweeting out a defense of the vice president that appeared to be in direct response to the article. Harris' approval rating was a dismal 28% in one recent survey, a historically bad number for a vice president.

CNN COMMENTATORS FUME AFTER CNN REPORT ON KAMALA HARRIS OFFICE DYSFUNCTION: 'I HAD TO PUSH BACK HEAVILY'

Harris has been mocked by critics for laughing when faced with tough or uncomfortable questions in the past. In June, she famously laughed when NBC News anchor Lester Holt asked if she planned to visit the southern border of the United States amid an immigration crisis she was tasked with finding the root cause of.

"And I haven't been to Europe. I mean, I don't understand the point you are making," she replied, laughing.

Harris also drew backlash in March when she found a question about whether or not she planned to visit the border hysterical.

President Biden looks at Vice President Kamala Harris during a ceremony where he will signs into law his Bipartisan Infrastructure Deal, H.R. 3684, the Infrastructure Investment and Jobs Act on the South Lawn of the White House on Nov. 15, 2021, in Washington, D.C.  (Photo by Oliver Contreras/Sipa via AP Images)

"Not today," she quipped while cracking herself up.