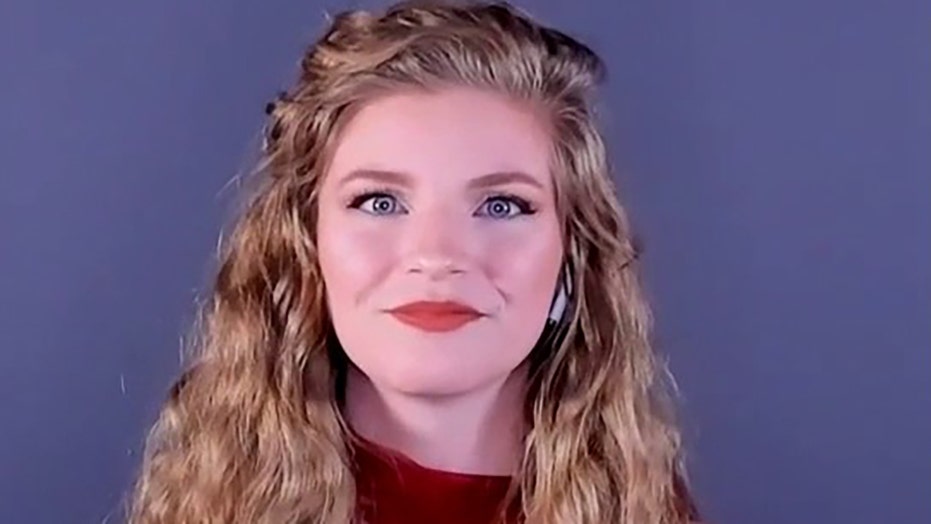 Student and gun rights activist Kaitlin Bennett on being confronted by protesters.

Conservative gun-rights activist Kaitlin Bennett -- also known as the viral “Kent State gun girl" -- is calling for action from President Trump after she says she was harassed by liberal students while shooting a video for her YouTube channel at Ohio University on Monday.

In an interview on "Fox & Friends First" with host Heather Childers, Bennett said that her intent was to shoot a simple "Presidents Day Trivia" video with her friend and fellow Second Amendment supporter Joel Patrick when they were confronted by angry protesters on the Athens campus.

A grassroots director for Libertarian website Liberty Hangout, Bennett has appeared in a series of online videos in which she takes to the street to ask members of the public their opinion on issues, including abortion and gun control.

"So, we were just asking simple questions like, 'Who were the first three presidents?' A mob quickly formed around us. They didn't want me there," she explained.

Bennett said that while her appearance was not announced, her location "leaked out" on social media.

In a video on her Twitter account, an angry crowd appeared to curse at her and toss a clear liquid into the open window of their truck.

"This is what happens when a Trump supporter goes to a college campus. Leftists at @ohiou started a riot when @Joelpatrick1776 and I showed up, and the @oupolice let it happen,” she tweeted. “I think @realDonaldTrump should strip funding from universities like this that harbor terrorists.”

Other social media users shared videos of crowds shouting at her both inside and outside of campus buildings. In some online footage, Bennett could be seen being carried out by her private security guard.

"Both of us are more than just gun rights activists. We're conservative. We're Trump supporters," Bennett explained. "We are people who believe in the president's message. We are people who stand up for him. And we're people [who] have been recognized by the White House as people who support him and help his campaign and help him get re-elected."

Speaking directly to the president, Bennett urged him to "consider what's going on to Trump supporters on campuses all across the United States."

"This is not in a liberal place. This is in the middle of nowhere in Ohio. It's spreading. Your students, your supporters on these campuses, need your help to feel safe on campus and to help you get re-elected," she told him. 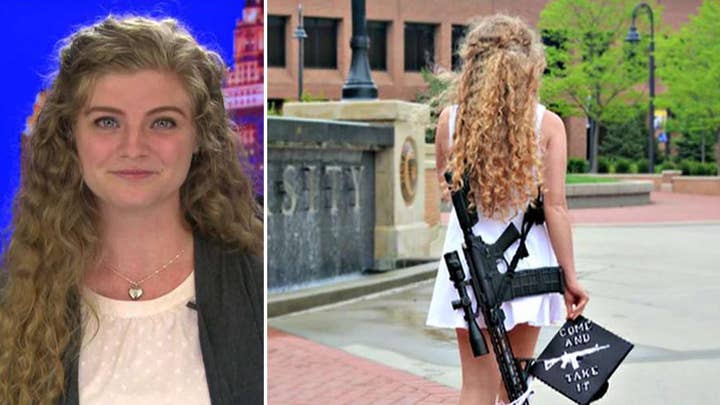 The university's administration said that it takes concerns about "complex situations like this" seriously and that its focus is primarily on the safety of students and visitors.

"We are a public institution and we take that responsibility very seriously by respecting the rights of all persons to express themselves in a lawful manner," officials wrote in a statement Tuesday.

The school said that while it promotes diversity of viewpoint as one of the institution's educational goals, it welcomes those expressions in "appropriate forums throughout our campuses."

In addition, in a statement released Monday afternoon, the Ohio University police denied Bennett's claims that the incident was a "riot."

"Contrary to allegations circulating on social media, the incident did not rise to the level of a riot," they wrote. "The officers on duty had to prioritize their response to the events as they unfolded, rightly putting everyone's personal safety ahead of all other concerns."

Bennett had a different opinion.

"They let their campus riot today against people with...minority opinions. Shame on the Ohio University police for watching this happen. We have footage of a police officer denying me help to my face, up on our YouTube channel," she told Childers.

"Any conservative student that goes to that school should fear for their safety," Bennett warned.