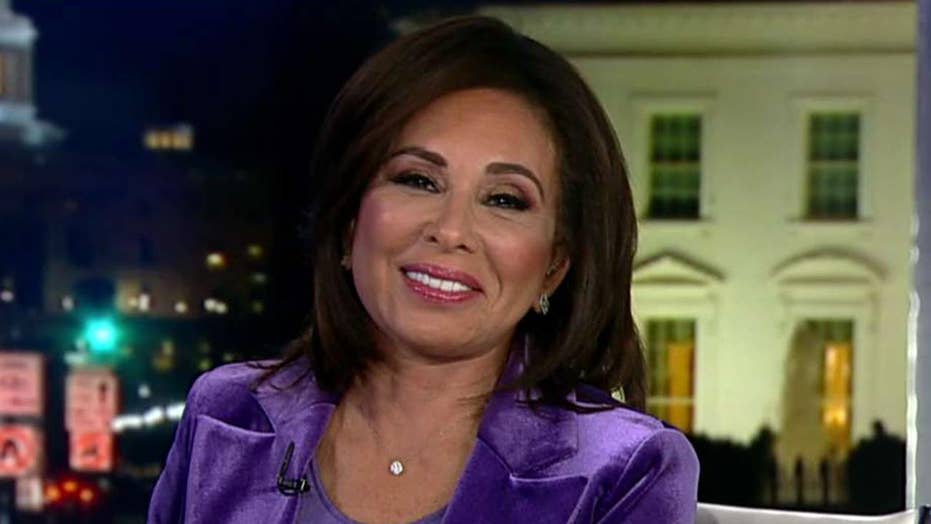 Judge Jeanine: Clintons have no interest in protecting women

Judge Jeanine Pirro criticized Hillary Clinton Friday for her remarks about the sexual assault allegations against disgraced movie mogul Harvey Weinstein, saying that the former secretary of state and 2016 Democratic presidential nominee has a long track record of disparaging women.

Pirro told "Tucker Carlson Tonight" that it was unbelievable for her to hear Clinton's response when pressed by the Hollywood Reporter about her knowledge of the allegations against the Miramax co-founder.

"How could we have known?" Clinton told the publication in a recent interview. "He raised money for me, for the Obamas, for Democrats in general. And that at the time was something that everybody thought made sense. And of course, if all of us had known what we know now, it would have affected our behavior."

"Don’t you love it when the social justice warriors, the people who want to pontificate to us about morals, and what is right and just, [are the ones] who are knee-deep in hypocrisy?" she asked host Tucker Carlson.

"If Hillary Clinton didn't know that Harvey Weinstein was involved in sexual assault, then I don't know you and I've never met you," she remarked.

HILLARY CLINTON ASKS 'HOW COULD WE HAVE KNOWN?' ABOUT WEINSTEIN 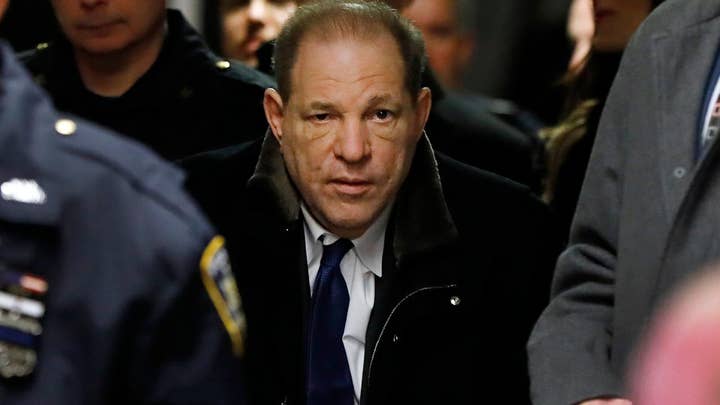 The "Justice" host recalled that Weinstein donated massive sums of money to the Clintons' political endeavors over the years and that allegations of inappropriate behavior by Weinstein were an "open secret." She said that suspicion was made clear in 2013, when "Family Guy" creator Seth MacFarlane joked that the five Oscar nominees for Best Supporting Actress that year "no longer have to pretend to be attracted to Harvey Weinstein."

Pirro said Clinton's track record of allegedly mistreating women goes back to her time as an attorney but was most evident during her husband's tenure as president.

"The only woman she's been a hero for is herself," she said after Carlson joked that Clinton has been called a feminist "hero."

Pirro said that retired Arkansas nursing home administrator Juanita Broaddrick was mistreated when she accused the 42nd president of rape, adding that had to pay a settlement to former Arkansas state employee Paula Jones after she accused him of sexual misconduct.

"Forget the fact that when someone was on her [2016] campaign and alleged to have sexually assaulted another staff member, do you know what she did? She moved the victim somewhere else and kept the staffer," Pirro claimed. "Then he went on to sexually harass someone else at the next job. She didn’t make a record of it. She doesn’t care about this.

"Do you think it’s unusual that Hillary Clinton, who probably should’ve been coronated president, was hated and found incredible by pretty much everybody," the "Justice with Judge Jeanine" host went on. "She was the most untrustworthy candidate that Americans had ever seen. This is a woman who starkly has shown she has no interest in promoting women and protecting women."