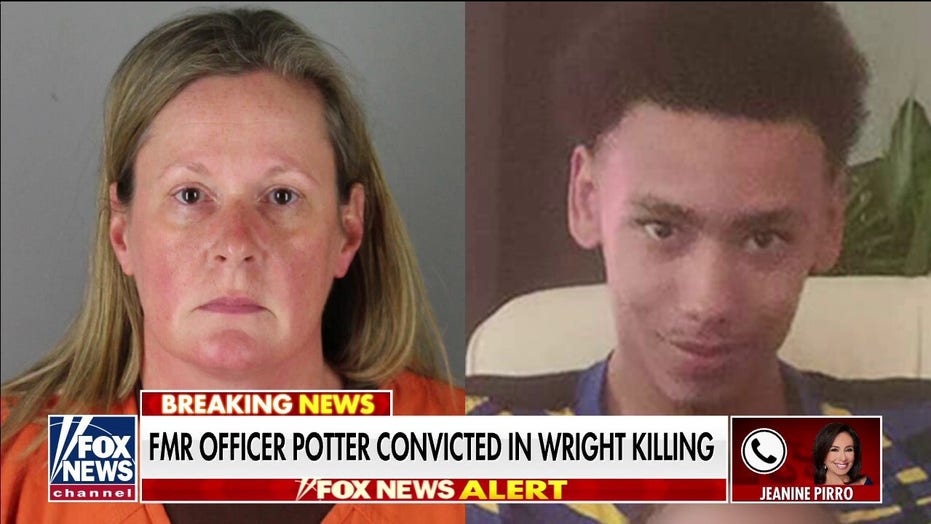 "I must tell you, I was stunned at the verdict," Pirro said on "The Story." "It is a kind of verdict that, you know, none of us really expected, especially the top count of manslaughter in the first degree. This woman clearly didn’t intend to cause any harm to Daunte Wright. But we know what the law is, and the law talks about recklessness and culpable negligence. She was negligent. There’s no question about it."

From a legal standpoint, Pirro said she thinks the jury made the right call.

But, she told host Gillian Turner, "I think in this case unlike a lot of other cases."

"The shock that she displayed" at the time of the shooting indicates that her "mind is not really connecting with what she’s doing," Pirro observed.

Potter had 26 years of experience as a police officer on April 11, 2021, when she says she mistook her handgun for her Taser and fatally wounded 20-year-old Wright. The police veteran and other officers, including a trainee, were attempting to arrest Wright when he tried to get back into his vehicle, video shows.

Judge Regina Chu ordered Potter to be taken into custody and held without bail after the verdict was read. The judge rejected a defense team request from that Potter be allowed to remain free on $100,000 bail before sentencing.