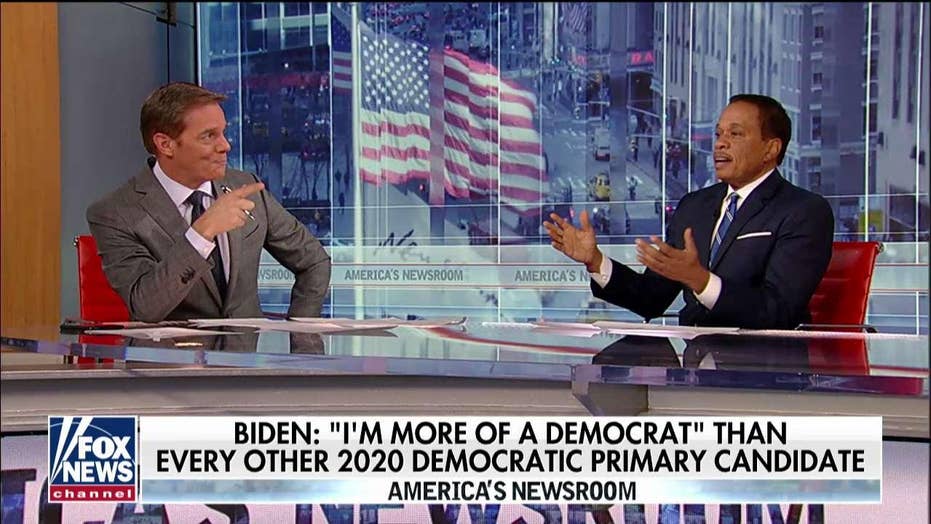 Appearing on "America's Newsroom" with host Bill Hemmer, "The Five" co-host said that while the same four candidates have generally hovered at the top nationally, the former vice president's standing is diminishing.

"So, what you get is Elizabeth Warren rising. She seems to be the hot ticket at the moment. By the way, a great concern to Wall Street. They're just about apoplectic at the idea that Elizabeth Warren and her taxing plans and 'Medicare-for-all' would come in," Williams said.

"And then, secondly, you come to Joe Biden, who was and still is the national front-runner but has been fading in some of these states — specifically Iowa, he's now in fourth in Iowa," said Williams.

"And then you come to Bernie Sanders ... Bernie has been slipping as well, although he's gotten some endorsements," he added.

Williams said that the problem for Biden on the debate stage is that "he looks like he's faltering and sometimes loses [his] train of thought," but noted that Biden is "very steady" in interviews and in town halls.

"The problem for Joe Biden is age, and the fact that you see people like Bloomberg and now you see Deval Patrick – the former governor of Massachusetts – looking to get in, I think that's a direct shot at Joe Biden," he told Hemmer.

"What it does indicate is there is some disquiet if not anxiety on the Democratic side about the current crop of candidates," he said.

"Can they beat Donald Trump? Because that's the bottom line for the Democrats."