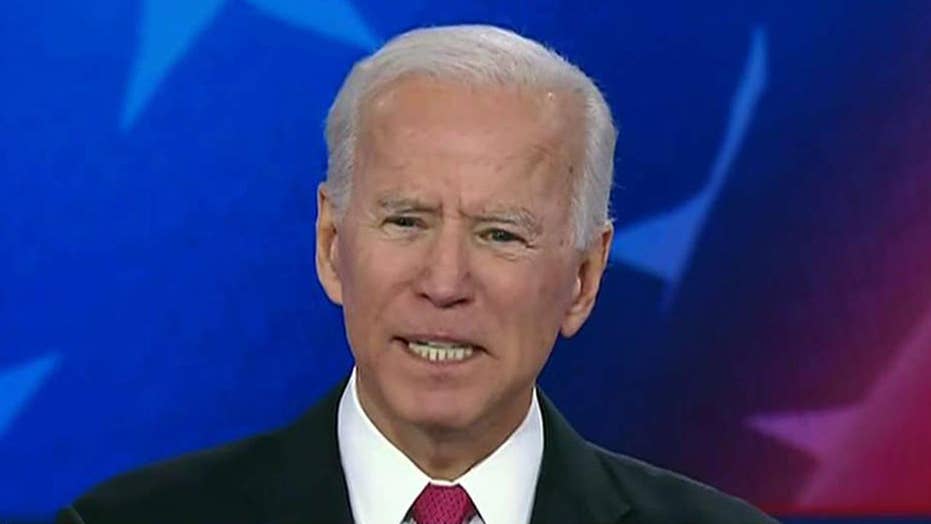 2020 front runner stumbles through debate; reaction and analysis on 'The Five.'

Fox News' Juan Williams said Thursday that while former Vice President Joe Biden's critics and opponents like to point out his penchant for gaffes, those moments don't move the needle much for the public.

During Wednesday's NBC News/Washington Post debate, Biden made several statements perceived as gaffes -- but Williams said many Democrats still see the ex-senator from Delaware as the party's best bet to defeat President Trump.

"Donald Trump is making the case for [Biden]," Williams said. "In that phone call with [Ukraine President Volodymyr] Zelensky he wanted dirt on -- not Bernie Sanders and not Elizabeth Warren -- he wants dirt on guess who: Joe Biden," Williams said on "The Five."

The gaffes, he said, "are kind of baked in at this point." 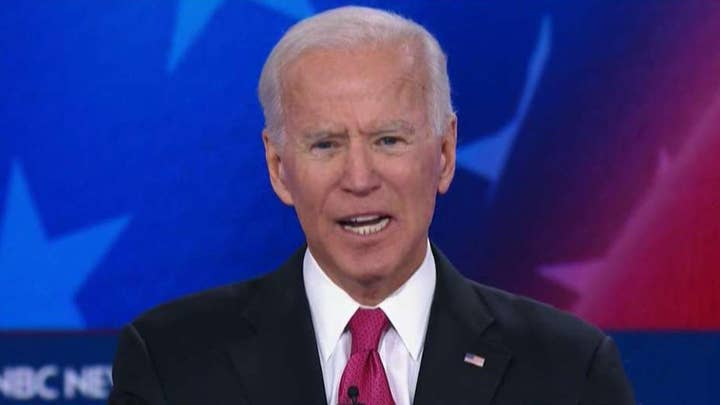 "I think people who like Joe Biden [and] who think he can beat Trump say 'yeah, we like this guy, and we think he can do it," he added after listening to a clip of ex-Obama adviser David Axelrod claiming Biden is "Mr. Magoo-ing his way" through the campaign.

At the debate, Biden made a claim that drew some criticism as well as an incredulous look from Sen. Cory Booker, D-N.J.

"I'm part of that Obama coalition -- I come out of the black community, in terms of my support," Biden said, eliciting the glance from the former Newark mayor.

In an attempt to burnish his support from former Sen. Carol Moseley Braun, D-Ill., Biden claimed he was endorsed by "the only African-American woman that’s ever been elected to the U.S. Senate."

In response, fellow presidential hopeful Sen. Kamala Harris, D-Calif., -- who is black -- interjected, "No, that's not true. The other one is here."

Biden then corrected himself: "I said 'the first'."