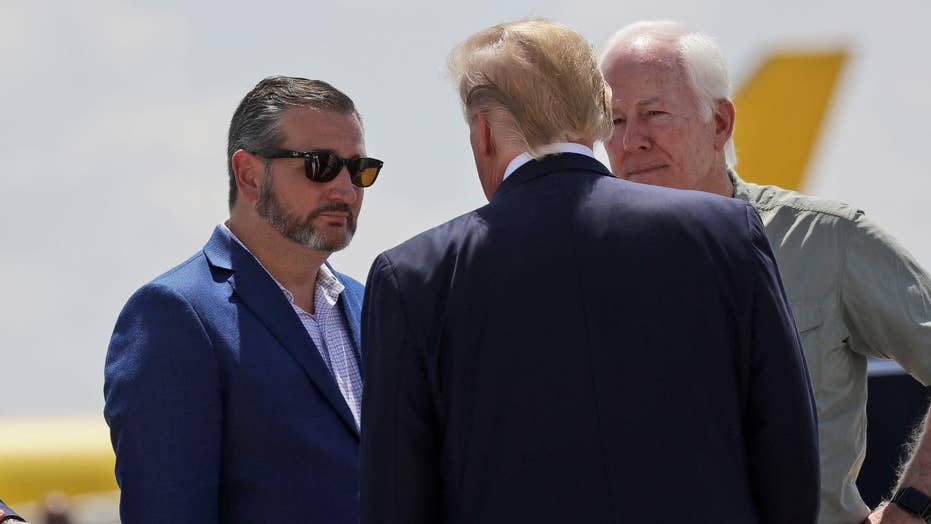 Republican Sen. Ted Cruz is the latest to pile onto The New York Times after a leaked transcript from an employee town hall suggests a shift in coverage of President Trump at the paper.

Former Obama speechwriter Jon Favreau went after Sen. Ted Cruz, R-Tex., over the lawmaker's recent criticism of the New York Times, suggesting that Cruz was "less upset" when President Trump attacked his family during the 2016 election.

The feud began Monday when Cruz gave a sharp rebuke to the Times after a transcript of an internal town hall led by executive editor Dean Baquet was leaked, calling the paper a "propaganda outlet by liberals, for liberals."

“There was a time when journalists covered ‘news.’ The NYT has given up on even pretending anymore. Today, they are Pravda, a propaganda outlet by liberals, for liberals. These remarks at their ‘town hall’ are a scandal & would be a firing offense at any real journalistic outlet,” Cruz tweeted. "If you care about journalism, or the First Amendt, READ the transcript. The Editor says (in effect) ‘for 2 yrs, we covered ‘Russia, Russia, Russia,’ facts be damned; now we’ll scream ‘racism, racism, racism’ for 18 mos, and the rest of the media follow us.’ That’s not journalism.”

However, Favreau blasted the senator for "picking a bad faith media bias fight" with the Times.

"Ted Cruz picking a bad faith media bias fight with the New York Times and then retweeting all of the glowing coverage from right-wing propaganda sites is literally everything you need to know about @tedcruz," the Pod Save America host said.

"So of course I retweet stories about the NYT scandal (from Fox, Wash Times, Daily Wire, etc.) BECAUSE THE MAINSTREAM MEDIA REFUSES TO COVER IT," Cruz continued. "As best I can tell, ZERO stories in NYT, WaPo, ABC, CBS, NBC, CNN. Like you, they ignore the actual transcript of the NYT town hall."

Favreau fired back, telling Cruz, "You were less upset when Trump attacked your wife and father."

During the bitter GOP primary ahead of the 2016 election, Trump shared a tweet that mocked Cruz's wife Heidi and floated an unsubstantiated conspiracy theory that Cruz's father, Rafael Cruz, was involved in the assassination of President John F. Kennedy.