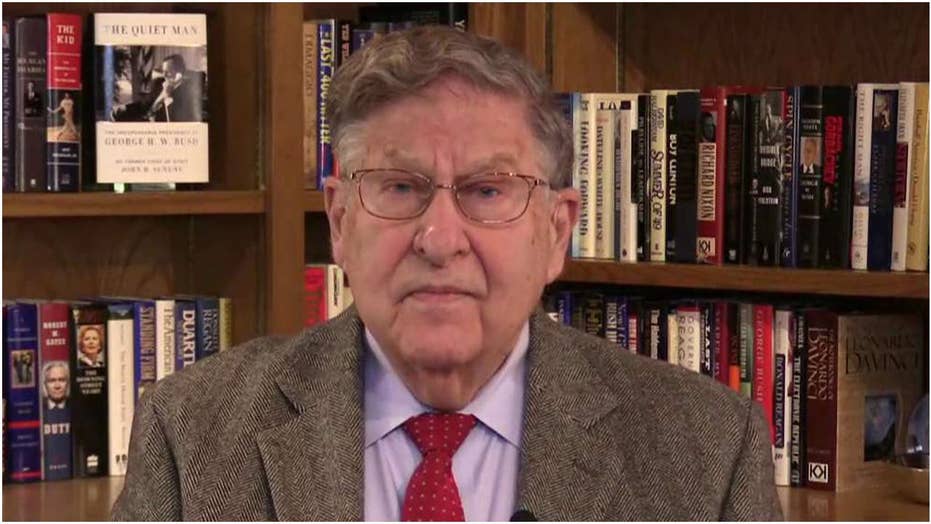 The Times endorsed one presidential candidate 'from the crazy lane' and another from the middle of the Democratic agenda, says former Gov. John Sununu.

“Frankly, they just underscored what [President] Trump has been saying all along,” said Sununu, who added: “I think you’re going to see more of this as newspapers and media across the country that are close to the Democrats start accepting the responsibility of endorsements in this primary process and I think you’re going to see some of the dividing lines within the party start to show up within the endorsements."

Sununu said that the Times editorial board had "undercut" Biden "tremendously," but also noted that the paper had paid Warren an interesting compliment.

"They talked about her being a gifted storyteller," said Sununu, a former White House Chief of Staff under President George H.W. Bush. "All I could think of when I saw that phrase was her lying about her Native American heritage or her lying about having been fired for being pregnant."

The Times was criticized from both sides of the political aisle when it announced late Sunday that its editorial board had broken from convention and endorsed not one, but two Democratic candidates for president.

“I mean, newspaper endorsements are silly and self-important to begin with,” Politico’s Tim Alberta wrote. “But this Times bit... good grief. Have these people zero self-awareness?”