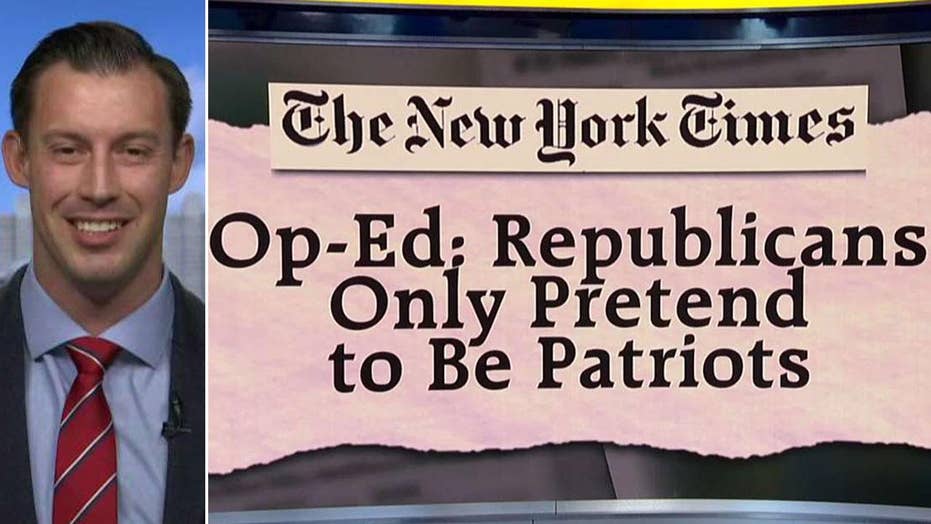 Retired Marine Corps bomb tech and Fox News contributor Joey Jones says the fact that the GOP is viewed to be the most patriotic party is not a talking point.

After a New York Times op-ed called out Republicans for "pretending to be patriots," retired U.S. Marine Joey Jones pushed back on Thursday, taking issue with the argument put forth by economist Paul Krugman.

“The fact that the Republican Party is viewed as the most patriotic is not a talking point for the Republican Party. This is an observation of middle-of-the-road swing voters. ... This op-ed was probably written in an echo chamber of self-love and denial. It's very naive, it gets a lot of things wrong,” Jones told “Fox & Friends.”

2020 DEMS RAMP UP CALLS TO MANDATE ASSAULT WEAPONS BUYBACK: ‘ALL OF THEM’ 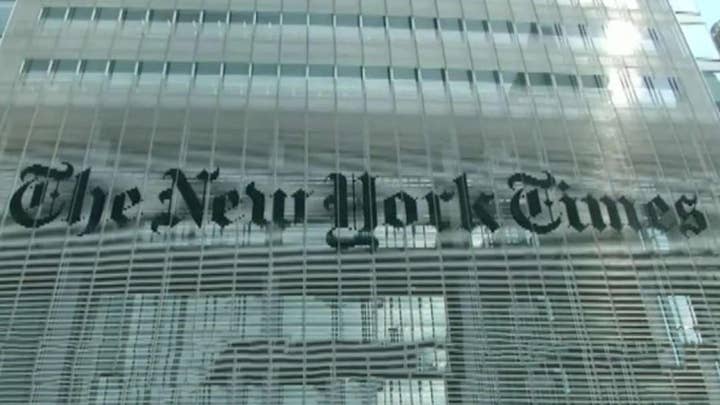 In the column, titled “Republicans Only Pretend to Be Patriots,” Krugman argued that Republicans' acceptance of President Trump's behavior is unpatriotic.

“After all, a true patriot is willing to make some sacrifice, to give up some personal or policy goal, in the national interest. Can anyone point to any prominent figure in the modern Republican Party who has done that?” he wrote.

Krugman wrote that "Republicans were never the patriots they pretended to be, but at this point they've pretty much crossed the line into being foreign agents" in defense of Trump.

Jones took issue with the Nobel laureate's use of the word "sacrifice" to make his point. 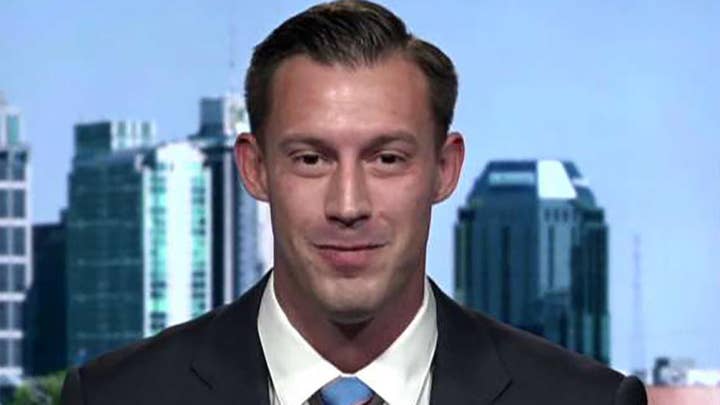 “Brian Mast had his right hand sewn to his stomach as he learned to walk and went to school on his path to Congress and so if you want to talk about sacrifice, I’m willing to admit there’s plenty on both sides and for anyone to write in an op-ed that for some reason Republicans aren’t willing to sacrifice, to me, shouldn’t be printed on paper.”

Jones said that Republicans touting pride in the country and the belief in hard work “does not mean the left can’t do the same.”