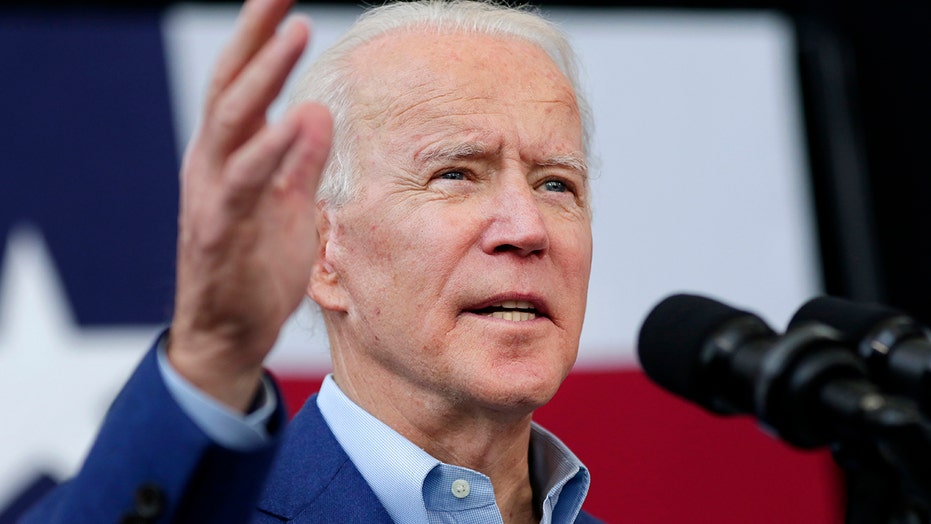 A senior adviser for Democratic presidential candidate Joe Biden defended the former vice president Wednesday after his interaction with a Detroit construction worker one day earlier before saying Biden would ban assault rifles if elected president.

"There is some real misinformation going on as it relates to Vice President Biden's record when it comes to guns and gun safety in America," Symone Sanders said on "The Story with Martha MacCallum." "And the reality is no one has been more forceful and more effective at taking on the NRA than Joe Biden. He has beat them twice and the last time assault weapons were banned in this country, Vice President Biden banned them."

"And when... he's elected president," Sanders said. "He will ban them again. And so the reality is what you saw was Vice President Biden responding to, frankly, a distortion of his record. No one is against the Second Amendment."

Biden got into a heated and profanity-laced argument with a worker at a Fiat-Chrysler auto plant in Detroit on Tuesday, after the individual accused the Democratic presidential candidate of trying to take away his Second Amendment rights.

"You’re full of sh-- ... I support the Second Amendment," Biden shot back, stressing he's not going to take guns away.

The worker then told Biden, "You're working for me, man," and told Biden that he saw an online video supporting his claim that Biden is hostile to the Second Amendment.

Biden, pointing at the individual in the middle of a crowd, said he's not working for him and told him not to be "such a horse's a--."

Sanders then made the case for Biden to receive the nomination Sen. Bernie Sanders, I-Vt.

"Look, we have long said that the Democratic nominee and the person who will be best positioned to take on to beat Donald Trump has to be able to enthuse voters, has to be able to get people turned out at the polls," Sanders said. "That person has to be able to build and expand on the Obama coalition. Vice President Biden has done that."