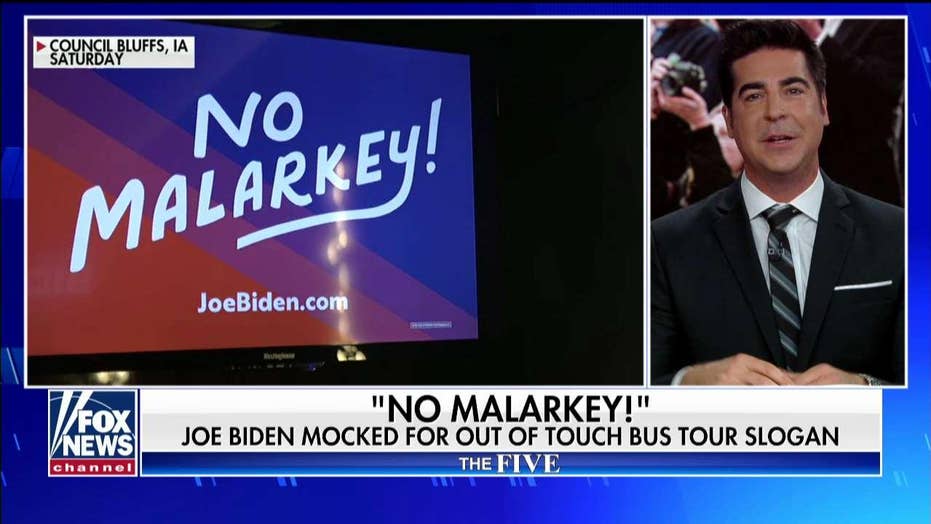 "The Five" co-host said that Biden's recently-launched "No Malarkey" bus tour is the latest example of such.

Watters said the public was reminded of the Delaware Democrat's occasionally strange statements when video from a Wilmington pool dedication resurfaced.

Biden, who had said he was a lifeguard at the pool when he was younger, recalled having leg hair that bleached blond in the sun.

Watters also pointed to Biden's behavior at an Iowa campaign event when he playfully bit his wife's finger as she gestured during a stump speech. 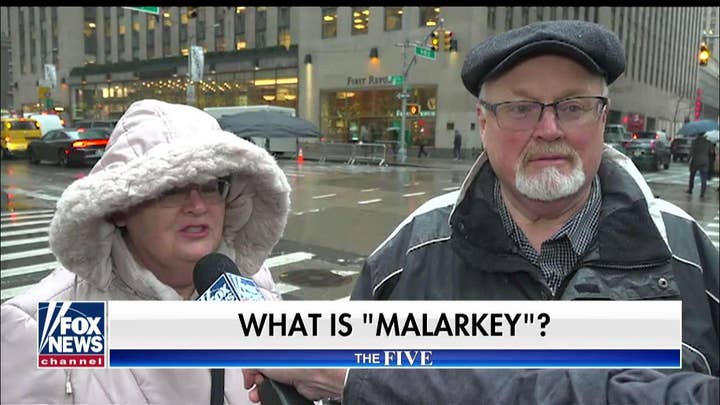 "When he talks about the 'record player' or 'Corn Pop' or clipping coupons, everyone is like -- 'Wait, is this guy in touch with reality?'" Watters added.

At the same pool dedication ceremony, Biden had regaled the crowd with a story involving a tough local teen nicknamed "Corn Pop" who once confronted him at the pool.

However, Watters added one of the most glaring examples of Biden purportedly being "out of touch" involved a viral photo that showed a man in a diner appearing to ignore the former vice president standing nearby.

"This guy is way out of touch, and you know [President] Trump is up on everything compared to him," the "Watters' World" host said.

Later on "The Five," host Juan Williams was asked what term Biden could use instead of "Malarkey."

"I think Republicans are worried about Joe Biden," he added, noting Watters' continued criticisms of the former vice president. "You call it a failing campaign but the guy's doing pretty good."

"As I recall, it was a hit. Reporters thought it was an opportunity to get time with the candidate," he said.