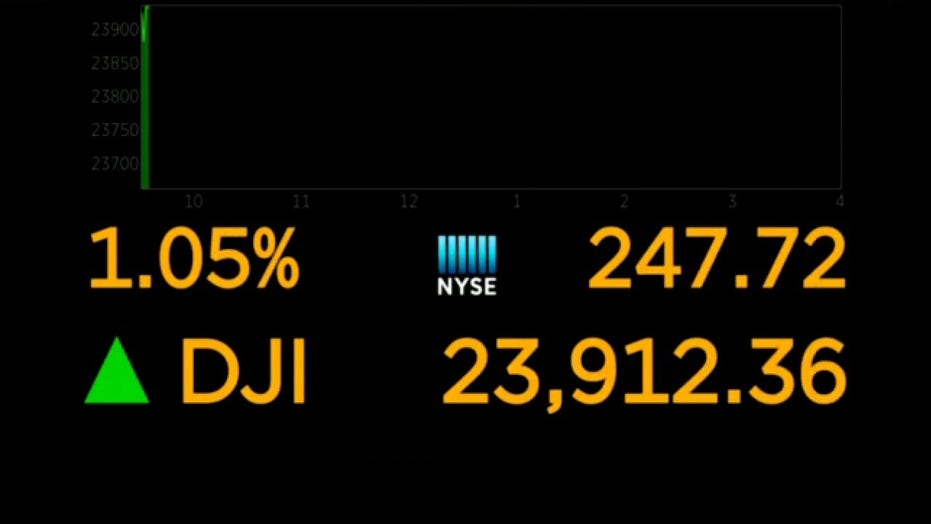 Stocks are up after 3.17 more million Americans file for unemployment; Maria Bartiromo explains.

We could distract ourselves today with the bitter feud between Donald Trump and George Conway, or the weird Twitter spat between Steve Mnuchin and Axl Rose.

But with the number of new jobless claims now surpassing 33 million, the state of the shuttered economy seems far more important.

Pundits and politicians bat the ball back and forth about the best way to “reopen” the country for business, as if it can be done by decree. That may be as massive a challenge as beating the coronavirus.

A Washington Post-Ipsos poll of laid-off or furloughed workers finds that 77 percent expect to be rehired by their previous employer once the lockdowns are lifted. But as the story points out, that may be far too optimistic.

A University of Chicago study predicts 42 percent of the jobs losses during the pandemic may turn out to be permanent. Such companies as GE and Nordstrom initially furloughed employees, but some of them are now being permanently laid off. That’s not exactly good news for the latest 3.2 million to seek unemployment benefits, based on figures released yesterday.

A NEW LIBERAL REFRAIN: SO WHAT IF BIDEN DID IT?

The larger problem, with about half the states moving to restart their economies, is that if you build it they won’t necessarily come. By large majorities, people tell pollsters they think it’s too soon to lift social-distancing restrictions. How many of them are going to show up in department stores, gyms, salons and restaurants? That will determine how many workers these businesses can actually rehire.

Restaurants in particular are key to many urban economies, as this New York Times piece points out. Its trade group says restaurants have lost 78 percent in sales, about $50 billion, during the pandemic.

Should the feds ride to the rescue? The treasury plans to borrow almost $3 trillion to pay for the government’s pandemic spending. Even a government that can print money can’t do so endlessly.

The entire economic debate has been inextricably linked to the increasingly partisan arguments over saving people from Covid-19. When President Trump was asked whether the death toll will rise as the states reopen.

“Hopefully that won’t be the case,” he said, but that “could very well be the case.”

But, says the president, “we have to get our country open again. People want to go back, and you’re going to have a problem if you don’t do it.”

What else is he supposed to say? Many of the states that are reopening don’t meet his federal guidelines--should he overrule the governors?

Even the most ardent advocates of protecting public health have to acknowledge that America can’t stay closed for business forever. Poverty also has an impact on health, as when people avoid doctor visits because they can’t afford it.

"There’s a cost of staying closed, no doubt,” says Andrew Cuomo. “Economic cost. Personal cost. There’s also a cost of reopening too quickly. Either option has a cost.”

Still, any hint that the White House is declaring Mission Accomplished is political poison. When Trump and Mike Pence confirmed they would be closing down the coronavirus task force within a month, the blowback was so severe that the president reversed himself the next day.

“I thought we could wind it down sooner. But I had no idea how popular the task force is until actually yesterday when I started talking about winding down,” he said.

Actually, the president was being diplomatic. Of course he knew that the task force is highly respected and that experts like Anthony Fauci have high approval ratings. But he wants to pivot to restarting the economy--yes, there’s an election going on--and the task force is laser-focused on the pandemic.

The purest distillation of media hatred for Trump was captured in a banner headline in the left-wing Huffington Post:

“THE PRESIDENT DOESN’T CARE IF YOU LIVE OR DIE.”

That, from a website that once relegated candidate Trump to its entertainment section, reeks of bile. And all the story said was that the president has trouble showing empathy.

We all need to show more empathy for those thrown out of work by this awful pandemic. And we all need to recognize that helping them with more than a short-term fix isn’t going to be easy.