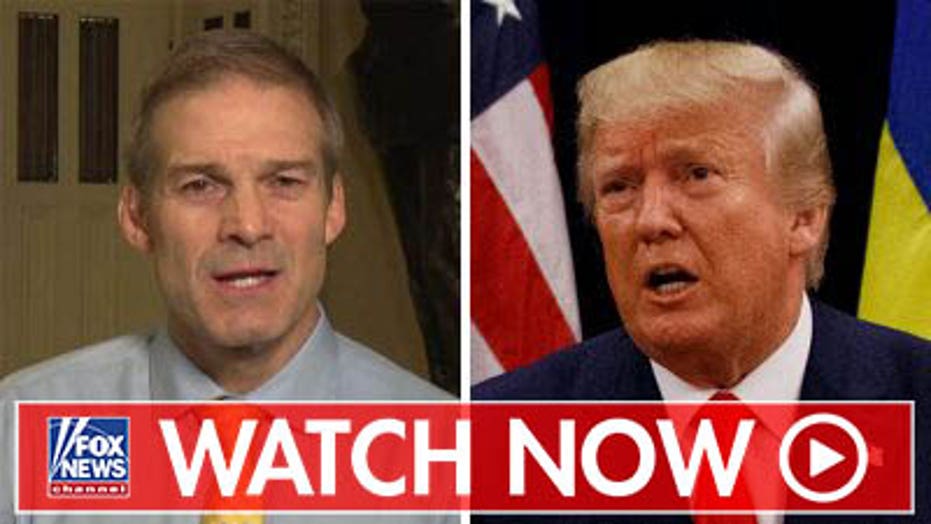 Rep. Jim Jordan said Democrats are scrambling for any "pretext" for impeaching President Trump after several failed attempts to incriminate him.

After hearings featuring ex-Special Counsel Robert Mueller, former Trump campaign manager Corey Lewandowski and others failed to damage the president, Democrats want the Ukraine phone call transcript to be their ticket to remove him from office, Jordan claimed Wednesday on "Special Report." 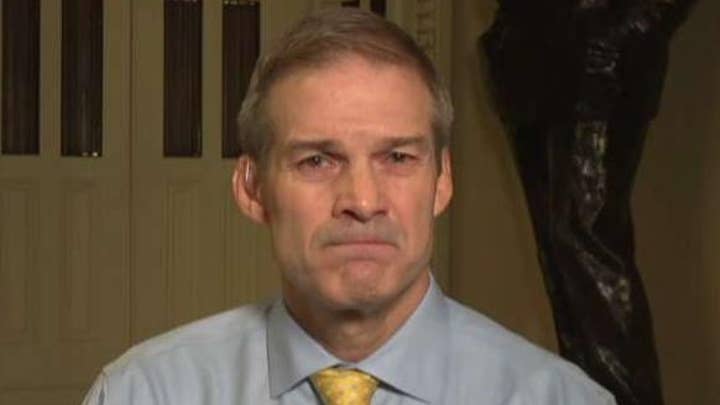 "This is just a pretext for them to do what they've always wanted to do. They've been investigating [and] going after this president since July 31, 2016 and they're looking for anything to hang their hat on.

Jordan said several top House Democrats who want to impeach Trump have admitted there was no "quid pro quo" offered between the president and Ukraine leader Volodymyr Zelensky.

"This is just the Democrats out to get the guy we elected president," he said.

The Ohio Republican went on to reject several statements by Democrats on the matter.

Rep. Jackie Speier, D-Calif., had called the Ukraine situation a "powder keg," while Sen. Richard Blumenthal, D-Conn., suggested Trump may have committed a "betrayal of the presidency" and Rep. Joaquin Castro, D-Texas, characterized the call as the president, "coercing a foreign leader into digging up dirt on a political rival for the president's political gain -- to win reelection."

In response, Jordan smiled and told host Bret Baier that Zelensky himself campaigned on a similar mantra to Trump's "drain the swamp" in regards to ending corruption in Kiev, suggesting there was not any such "pressure" applied.