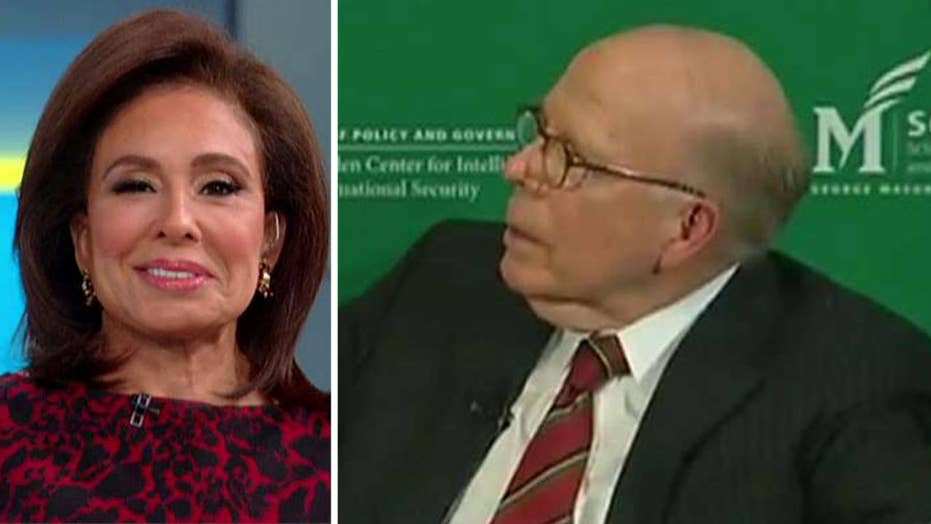 Judge Jeanine says if you don't agree with President Trump's Ukraine policy you should vote him out of office. She says he did not commit a crime.

After a former CIA chief expressed his gratitude for the "deep state's" role in triggering the impeachment inquiry into President Trump, Judge Jeanine Pirro said on Friday that the former intelligence head “is not joking" when it comes to holdovers from the Obama administration.

“We know [the whistleblower] is connected to [John] Brennan and the liar Susan Rice and the whole lot of them. [He's an] Obama holdover, worked with [Vice President Joe] Biden,” the host of "Justice With Judge Jeanine" said on “Fox & Friends.”

“The bottom line is you’ve got somebody connected to the CIA who is in there, intentionally put in there. He’s an Obama holdover and his job is to create some complaint so that they can start an impeachment inquiry,” Pirro said.

"Well, you know, thank God for the 'deep state'," McLaughlin responded, provoking laughter and applause from the audience.

He was speaking at an event hosted by George Mason University, joined by former Deputy FBI Director Andrew McCabe and former CIA Director John Brennan -- both of whom have been critical of the president.

His comments came just a day before the House would vote to approve a resolution for ground rules in Democrats' impeachment inquiry.

“With all of the people who knew what was going on here, it took an intelligence officer to step forward and say something about it, which was the trigger that then unleashed everything else,” McLaughlin said.

He was referring to the fact that an intelligence officer filed the whistleblower complaint about President Trump's July call with Ukraine -- a conversation Democrats have described as showing Trump inappropriately asked a foreign country to interfere in the 2020 elections by investigating his political rival.

Pirro said the call does not represent a "high crime or a misdemeanor" and challenged Democrats to run against Trump in 2020 and defeat him if they disagree with what he did.

She said the Mueller probe "didn't work" for triggering an impeachment inquiry and "now it's Ukraine."