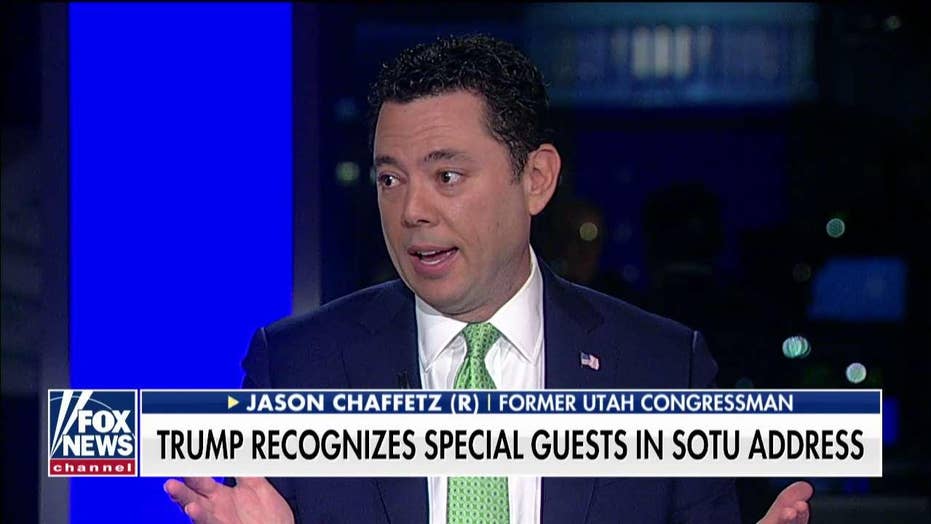 President Trump's State of the Union address on Tuesday evening was better than any of the ones delivered by former President Barack Obama, Fox News contributor and former congressman Jason Chaffetz said Wednesday.

Appearing on "Fox & Friends" with hosts Steve Doocy, Ainsley Earhardt and Brian Kilmeade, Chaffetz said that after sitting through 12 speeches during his tenure, this was "by far the best speech" he has heard.

"I thought it was clear, it was visionary, and it was emotional," he noted. "And, I just — I can't tell you how good it was."

"And I sat through all the Obama speeches and they talk about what a great orator he was," he told the "Friends" hosts. "This was, by far, a better speech."

During his third State of the Union address, the president attacked socialism and left-wing policies, eliciting disgusted reactions from Democrats in attendance and prompting a furious House Speaker Nancy Pelosi, D-Calif., to rip up her copy of Trump's speech as soon as it concluded.

Despite Democrats' outrage and other dramatic "made-for-TV moments," Trump also began to form what could be part of his reelection campaign message. 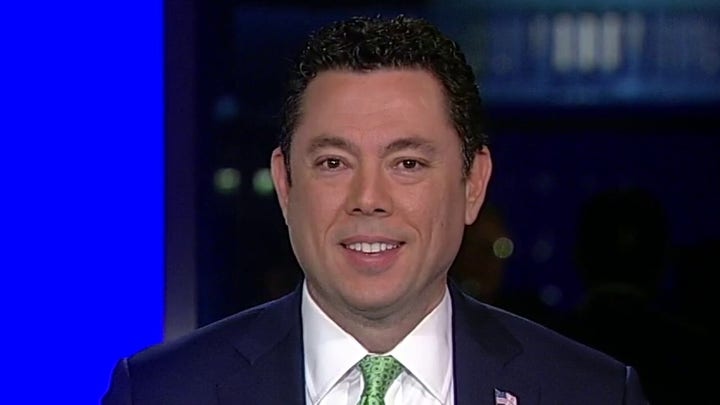 "As we work to improve Americans' health care, there are those who want to take away your health care, take away your doctor, and abolish private insurance entirely," the president remarked. "One hundred thirty-two lawmakers in this room have endorsed legislation to impose a socialist takeover of our health care system, wiping out the private health insurance plans of 180 million Americans. To those watching at home tonight, I want you to know: We will never let socialism destroy American health care."

"This is what is happening in California and other states — their systems are totally out of control, costing taxpayers vast and unaffordable amounts of money," Trump later added. "If forcing American taxpayers to provide unlimited free health care to illegal aliens sounds fair to you, then stand with the radical left.  But if you believe that we should defend American patients and American seniors, then stand with me and pass legislation to prohibit free government health care for illegal aliens!"

President Trump also took aim at some economic and foreign policies from the previous administration, telling the nation if they had failed to reverse them "the world would not now be witness to America's great economic success."

The address came one day before the Senate was slated to deliver its verdict in the impeachment trial that has divided the nation. Trump, who is widely expected to be acquitted, did not mention the proceedings directly in his speech.