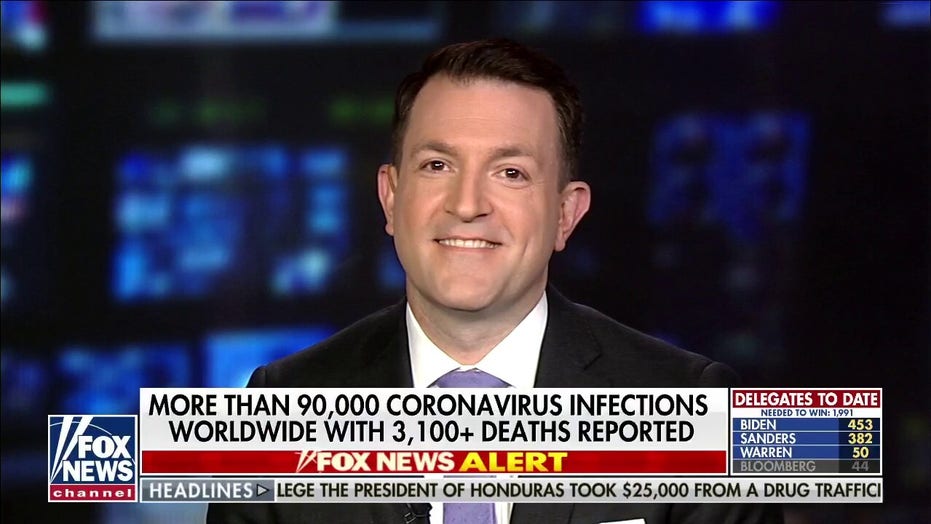 James Phillips on coronavirus response: 'Everyone should take a deep breath'

GW School of Medicine and Health Sciences' Disaster and Operational Medicine Fellowship Director Dr. James Phillips told 'America's Newsroom' Tuesday that coronavirus is inevitable but that Americans should go about living their lives.

In the face of rapidly spreading coronavirus anxiety, Americans now more than ever need to be prepared and not panic, said emergency room physician Dr. James Phillips.

In an interview Tuesday on "America's Newsroom" with host Ed Henry, Phillips stressed that the vast majority of the public is "going to do just fine."

"Most of us are going to get this virus. It's undeniable. You won't find a single expert out there who is saying that this is going to be contained," said Phillips, who serves as the George Washington University School of Medicine's operational medicine fellowship director.

"And, the more we learn about it, the more we see that the spread is going to be global and, for the most part, that's OK because the data we know from China shows that roughly 98 to 99 percent of us are going to do very, very, well," he told Henry at the time.

Since his original interview, and since new data has emerged, Phillips told Fox News: "However, the fact remains that this is a deadly virus that is rapidly spreading across our country [and] will change our society and behavior for the foreseeable future. Elderly people and those with medical problems ranging from high blood pressure to diabetes are known to be at significantly increased risk, with mortality rates as high as 15 percent in studies. Children and teenagers appear to be only minimally affected, which balances out the case fatality rate numbers." 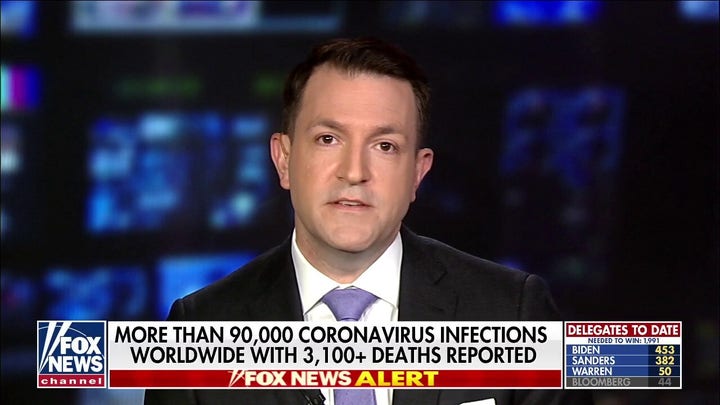 "If we, as Americans, want to see this pandemic end with the lowest mortality rates possible, we each have to take responsibility and do our part," Phillips told Fox News. "That means taking this contagious disease very seriously and doing our best to avoid getting sick. Additionally, and perhaps more critical, is that is you have any symptoms of a cold or the flu, you should assume you have Covid-19 until proven otherwise."

He advises those people to "stay home and call your doctor or health department to find out if and where testing is available."

"Only by taking these seemingly extreme measures can we slow down the transmission rate and avoid fracturing our healthcare system. If you are sick, you have a responsibility to not infect others," he added.

Thus far, there are over 145,000 confirmed cases of coronavirus and over 5,400 deaths worldwide. Of those cases, there are at least 2,000 cases and 51 deaths recorded in the United States. Washington state has been hit especially hard by the virus, with so far 37 total deaths, including nine deaths at a nursing home near Seattle. The death rate is about 3.4 percent.

Most of those taken by the COVID-19 virus are older, infirmed, or those with weak immune systems and Phillips said there is a "certain percentage" of Americans who are "going to get more sick than others."

"The way that this virus tends to make people sick is really by giving people pneumonia. So, a lower respiratory illness as opposed to most colds that cause upper respiratory infections," he told Henry.

Phillips said coronavirus presented itself like pneumonia in its hosts, but the strength of the virus depends on the proximity from it and the amount of time spent around it.

"The problem with pneumonia is pneumonia itself can be deadly," he said.

Phillips' advice during the outbreak?

"Everyone," he said, "should take a deep breath."

Phillips later told Fox News: "As doctors, we are concerned about the coming weeks. We do not have any reason to believe this virus will go away in the summer, though we hope it will. There will be no vaccine this year, and it is very unlikely that there will be antiviral medicine that is both proven to save lives and is widely available anytime soon."

"The only proven behavior to ensure you don’t get it is to act as though you and everyone else could be carrying it," he continued. "If we do so, we dramatically reduce the risk of interpersonal transmission. That means distancing and schools across the country will be closed, and you should not expect them to reopen before next year. Take care of yourself and your less fortunate neighbors. Do not panic, do not hoard, and plan for new routines at home for your children -- they thrive on routine."

He added: "Most of all: be prepared, not scared."