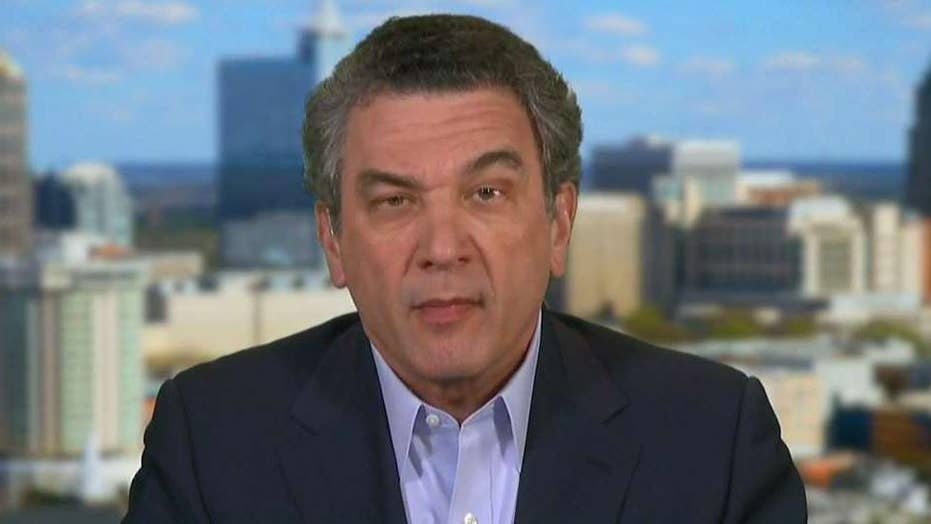 Former FBI Director James Comey called on the Justice Department to offer more transparency in the probe into the Russia investigation and indicated that the attorney general's findings would show no wrongdoing on his and his team's part.

"I'm not worried about a single thing in connection with any of the matters under investigation," he said at Politicon on Saturday. "Gather the facts, write a report, and share it with the American people -- please do that."

Comey said transparency would help protect the integrity of the Justice Department.

"The way to protect that is [to] show the folks the facts; lay it out," he said. "Don't drip it out, don't leak it out. Give it out. And I'm confident that when the American people see the picture of why we did what we did, their confidence in the institution will be maintained, restored and protected."

His comments came amid news that U.S. Attorney John Durham's probe has transitioned into a criminal investigation. Durham was chosen by Attorney General William Barr to look into the origins of the Russia investigation, which President Trump has called a "witch hunt."

He also said Durham should try to be as transparent as possible to protect his reputation.

"John Durham is someone who has a strong professional reputation, someone I've for years thought was an excellent prosecutor," Comey said. "I can't tell what's going on with the attorney general. I would hope that Mr. Durham will do everything possible to protect his reputation from being damaged by those in leadership, and the most important way he can do that is [to] give us transparency."

In his report on the Russia investigation, former Special Counsel Robert Mueller was unable to conclude that Trump either conspired with the Russians or should be prosecuted for obstruction of justice.

Comey speculated, however, that Mueller thought his report would result in an impeachment inquiry -- something Comey said was a congressional duty after details surfaced on Trump's July 25 call with Ukraine.

He said he didn't understand how members of Congress could avoid the impeachment inquiry and still think they were fulfilling their oath of office.

MSNBC host Nicolle Wallace, who was moderating the event on Saturday, asked Comey whether he thought the transcript of Trump's call was enough to impeach him.

Comey said it could be, but acknowledged that he wasn't privy to all the information that might lead to an accurate accusation.

The former FBI director also praised Mueller but argued that he should have been more transparent with the American people rather than initially give his report to Barr.