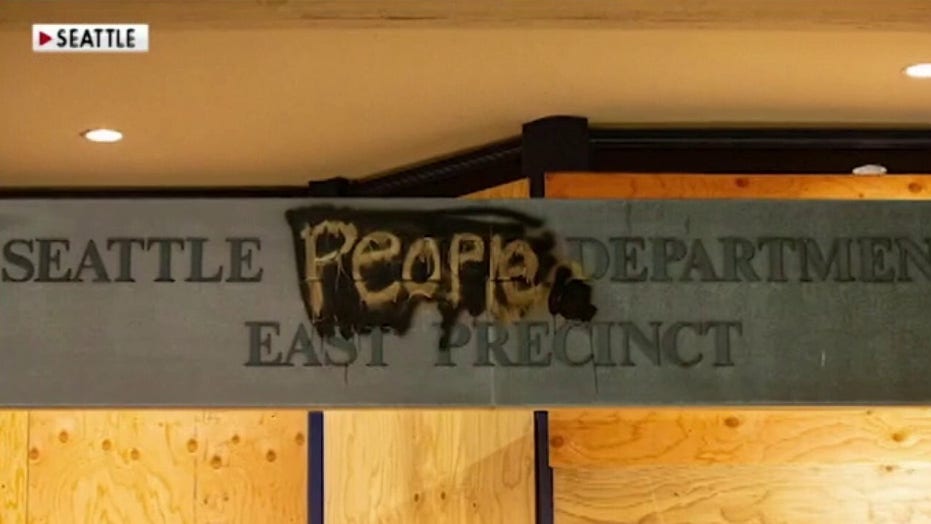 Seattle protesters have declared a six-block area abandoned by law enforcement as “Capitol Hill Autonomous Zone,” but the mainstream media doesn’t seem to think the lawlessness is particularly newsworthy.

CNN only mentioned “Seattle” once on Wednesday when discussing general unrest in major cities, according to a search of transcripts, while MSNBC didn’t cover Seattle on-air at all during the same time period. Both networks finally addressed the situation early on Thursday but only to comment on President Trump tweeting about it.

“It has been days since this nonsense had started and the broadcast networks -- ABC, CBS, and NBC -- have kept it off the air,” Fondacaro wrote on Wednesday night.

"The networks were busy trying to make the recent nationwide protests seem reasonable by ignoring radical provocations such as the 'autonomous zone,' Fondacaro added.

DePauw University professor and media critic Jeffrey McCall feels the “chaos in Seattle is basically the next step in the movement to defund the police” and “generally dismantle” institutional structures and norms – but it doesn’t fit the media’s agenda.

“The traditional media loved covering those earlier protest stories because of their dramatic, sensational, and counter-cultural tone. But the escalation of the Seattle demonstrations into the actual closing of a portion of the city is a bridge too far for even a sympathetic media to cover with an approving nod,” McCall told Fox News.

“The latest chaos in Seattle is not merely a political statement, but an anarchy that even the progressive mainstream press just can't appear to be advocating,” McCall said. “Thus, it is better to leave the story off the agenda, or to at least minimize it, rather than show light on it and have to try to explain it into proper context.”

Tom Bevan, co-founder and president of RealClearPolitics, even noticed that ABC News, NBC News and CBS News didn’t have prominent stories on their websites, blasting them for blacking out the “insanity in Seattle,” as an example of media bias.

“If a bunch of MAGAs took over a section of Seattle & declared their independence, the media would lose their marbles,” Bevan wrote.

“If a bunch of MAGAs took over a section of Seattle & declared their independence, the media would lose their marbles."

“Clearly the media not covering the hostile takeover of Seattle agree with this insurrection,” Washington Times columnist Tim Young told Fox News. “Just remember, in 2016 supporters of Cliven Bundy took over an empty wildlife refuge building in Oregon, and they were given wall to wall coverage by MSNBC and CNN like they were the beginning of the Civil War.”

“Clearly the media not covering the hostile takeover of Seattle agree with this insurrection."

Demonstrators are pushing Durkan to step down if she refuses to defund the city's police department. The city just suffered a weekend of unrest, where officers used tear gas and pepper spray to disperse demonstrators in the area after they say they were assaulted with projectiles. Several city council members say police overreacted and needlessly exacerbated tensions.

The Seattle Times reported Wednesday that the area in the Capitol Hill section of the city has been called CHAZ (Capitol Hill Autonomous Zone) and it is “free of uniformed police.” The paper reported that the nearby police precinct that was shuttered during the protests had a new sign on Tuesday that read, “THIS SPACE IS NOW PROPERTY OF THE SEATTLE PEOPLE.”

Assistant Chief Deanna Nollette said barriers were removed from the front of the precinct after it became a flashpoint between officers and protesters. Police also have remained scarce in that area and in the several nights since protests have continued peacefully.

Police said they will be responding to the area only if there is a 911 call for an emergency.