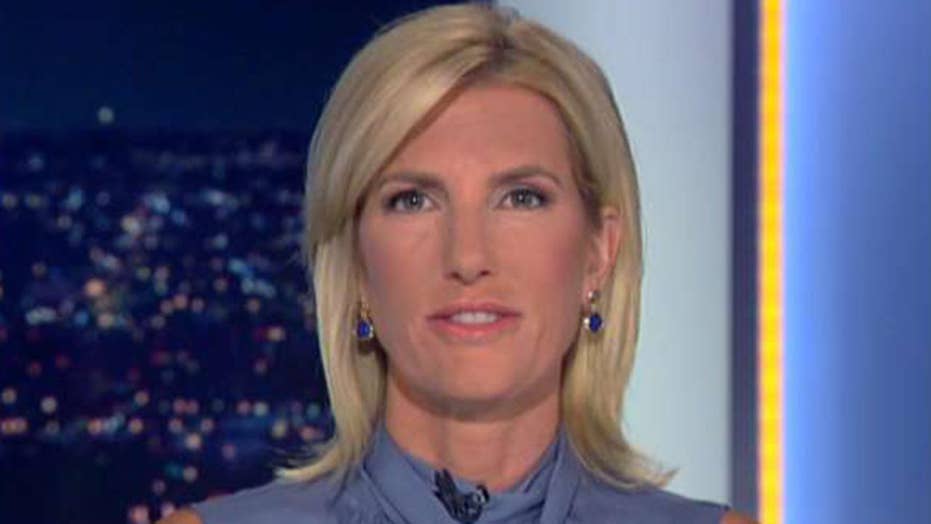 Laura Ingraham took aim at Democrats Thursday and accused them of doing "damage" to the country by continuously speculating that President Trump is in trouble.

"How many times have Democrats and their press toadies declared that Trump's presidency was on the ropes?" Ingraham asked on the "The Ingraham Angle."

"Democrats were salivating on air and off about today's testimony by Kurt Volker," Ingraham said. "They thought his resignation, which was forced as Ukraine envoy, meant that meaning somehow on Capitol Hill would be a blockbuster. Instead it was another dud."

Republican lawmakers who were present at ex-Ukraine envoy Volker’s closed-door marathon interview before three House committees on Thursday seemed confident it disproved any allegations of a "quid pro quo" in the impeachment inquiry of President Trump, as sources told Fox News that Volker was worried about the reliability of the Ukrainian prosecutor informing Trump's personal attorney Rudy Giuliani.

Sources familiar with the nine-and-a-half hour interview before the House Intelligence, Oversight and Foreign Affairs committees told Fox News it was a “clean” and “powerful” interview.

Ingraham accused Democrats of hurting America by consistently going after the president with allegations.

"Now this would be funny if it weren't so serious," Ingraham said. "Democrats are doing the equivalent day after day of yelling fire in a crowded theater and that theater is America."

Ingraham added, "This is doing enormous damage to the country."