Ingraham: If appointed, Judge Jackson will be a ‘stamp’ for far-left demands

Dr. Marc Siegel discusses how marijuana stores are telling pregnant women it will help with nausea and how it’s affecting newborns on ‘Tucker Carlson Tonight.’

Laura Ingraham weighed in on Judge Ketanji Brown Jackson's confirmations and the reaction and questioning from Democrats versus Republicans on "The Ingraham Angle."

LAURA INGRAHAM: What Americans saw in this confirmation hearing, to the extent that they're watching at all, is a complete farce. What they saw was a Supreme Court nominee chosen not primarily for her intellect and stellar judicial record, but, at least in part, for her skin color. Now, the Biden pledge to select a female African-American justice was both discriminatory and demeaning, as if somehow minorities couldn't make it without Joe's affirmative action.

How insulting. Now, much of the questioning by Republican senators was devoted to hot-button cases, such as her lenient sentencing decisions in child pornography prosecutions. And of course, in an attempt to blunt the revealing moments from Judge Jackson's performance under sharp questioning, Democrat senators have dwelled on her personal biography, her academic credentials, and the historic nature of her appointment.

Yet instead of insulating and rehabilitating her, they made her nomination appear even weaker, if that's possible. Now, academic resumes, I think they're largely irrelevant, given how political they've become. I'm talking about the universities, the law schools — they've all become political.

And any Republican or so-called moderate who's satisfied by the judge's attempt to come off as reasonable in this instance or even as an originalist, if you can believe that — well, that senator is simply clueless or dishonest. Judge Jackson's views, expressed views, about the proper role of the federal judiciary that are only credible if they end up matching up with her actual judicial record, and they do not. Now, a careful review of her judicial record shows that if elevated to the High Court, a Justice Jackson will simply be a rubber stamp for whatever the far-left demands. Contrary to what she claimed in her hearings, Judge Jackson does not feel constrained by either the plain language of a governing statute, or court precedent when she's deciding a case. 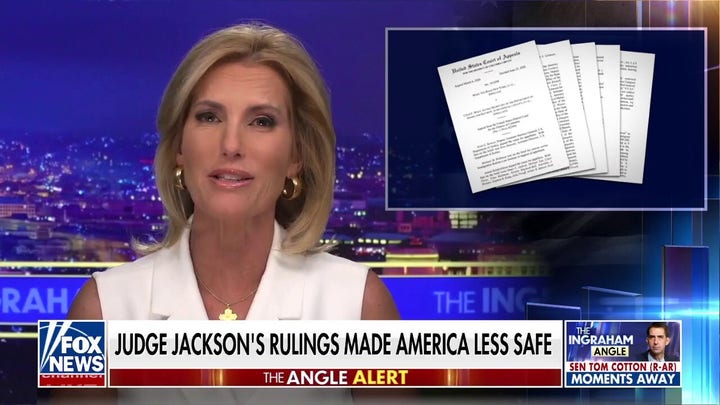