Judge Jeanine: Kamala was a disaster before White House

Judge Jeanine shows on ‘The Ingraham Angle’ Vice President Kamala Harris’s many blunders both before the White House and after.

Judge Jeanine Pirro explained Tuesday on "The Ingraham Angle" how Vice President Kamala Harris has managed to lose so many staffers in less than a year and how dysfunctional her behavior has been.

JEANINE PIRRO: She lost 10 high-profile staffers in the last nine months, the most recent of which was national security adviser Nancy McEldowney. After Harris's disastrous and frankly embarrassing trip to Eastern Europe last week, who could blame Miss McEldowney? But the dysfunction doesn't end there. A new book by New York Times reporters Jonathan Martin and Alex Burns reveals the growing tensions between the Biden and Harris camps. Harris's team is apparently bent out of shape that Biden dumped impossible tests on her lap. But Kate Bedingfield, Biden's comms director, reportedly had a different take. In their new book, Martin and Burns write, "In private, Bedingfield felt, noted that the vice presidency was not the first time in Harris's political career that she had fallen short of sky-high expectations: Her Senate office had been messy, and her presidential campaign had been a fiasco. Perhaps, she suggested, the problem was not the vice president's staff." 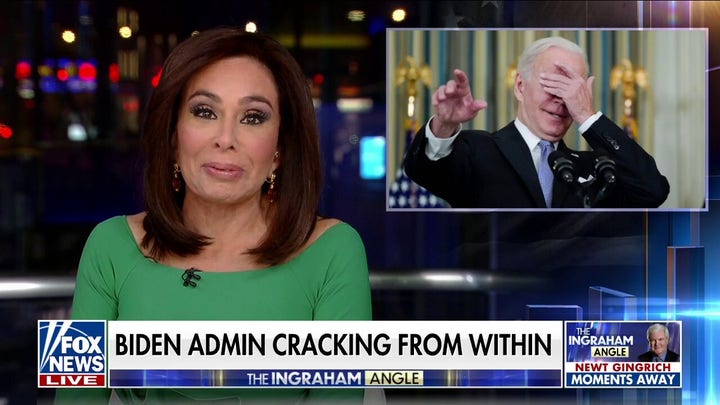