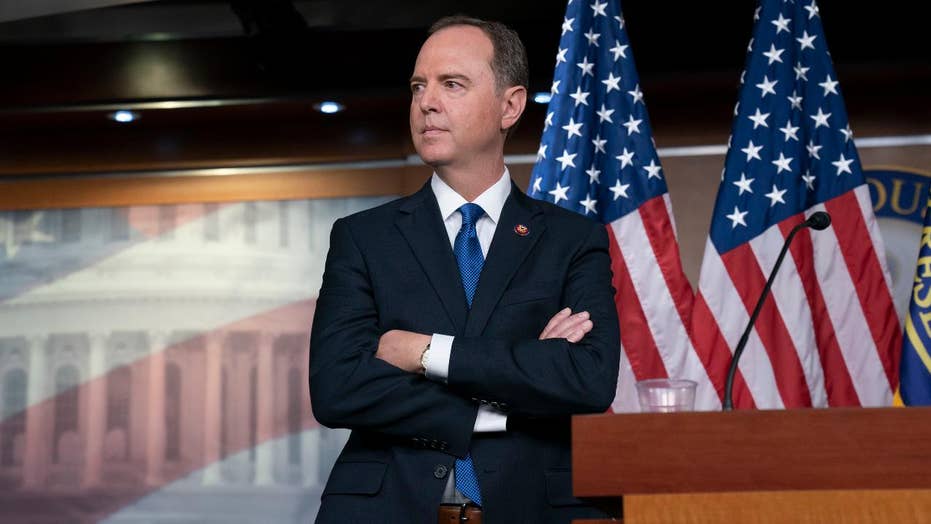 "Give me a break!" she said, tweeting an article about House Republicans' efforts. "This is the definition of putting party over country."

The resolution likely won't pass the Democratic-controlled House but it reflected conservatives' outrage over Schiff's stunt last week. Trump, for example, has demanded that Schiff resign over the issue, while some lawmakers have called for him to step down as chair of the intelligence committee.

“Chairman Adam Schiff has been lying to the American people for years,” House Minority Leader Kevin McCarthy, R-Calif., tweeted on Wednesday. “Now he is so desperate to damage the president that he literally made up a false version of a phone call. Enough is enough. I have signed a resolution to censure Schiff in the House of Representatives."

“I have a favor I want from you,” Schiff said while appearing to read from a paper. “And I’m going to say this only seven times, so you better listen good. I want you to make up dirt on my political opponent, understand? Lots of it, on this and on that.” Schiff later claimed it was a parody and "[t]he fact that that’s not clear is a separate problem in and of itself."

Schiff was joined by Omar and dozens of other House Democrats in pursuing an impeachment inquiry over Trump's call and the corresponding whistleblower report.

Omar and her fellow "Squad" members called for impeachment immediately after the White House released its rough transcript of the call. Although the transcript showed no explicit quid pro quo, Democrats have accused Trump of dangling foreign aid over Zelensky in an effort to pressure him into investigating former Vice President Joe Biden.