Idaho's school board group joined at least 21 states in severing ties with the National School Board Association.

According to a press release, the ISBA released a statement saying "While we continue to believe there is a value in a national association of school boards, our primary obligation is to advocate for Idaho students to have quality public schools no matter their zip code. We are unable to advocate for Idaho students if we are continuously held accountable for the actions of NSBA. As such, we feel the NSBA is unable to meet the needs requested by the ISBA Executive Board at this time and has a long way to restore a culture of transparency."

The ISBA’s decision came after the NSBA sent a controversial letter last September to the Justice Department comparing actions taken by angry parents at school board meetings to domestic terrorism, prompting a wave of states to cut ties with the organization.

The NSBA's letter prompted Attorney General Merrick Garland to issue a memorandum that instructed the FBI to investigate such threats against school officials. Eventually, it later transpired that the White House was prematurely involved in the writing of the letter.

After the NSBA received much criticism, the organization issued an apology but that did not stop the backlash from several states who distanced themselves from the organization or completely cut ties. 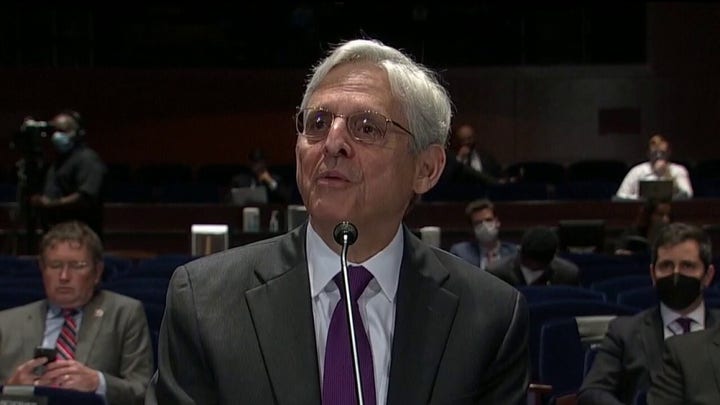 "This swift backlash shows that parents can have real power if they band together. The government school establishment overplayed its hand over the past two years and awakened a sleeping giant: parents who want more of a say in their children's education. Parents are the new special interest group in town, and they aren't going away any time soon. Politicians from all parties would be wise to listen to parents going forward."

Amy Carney speaks on behalf of parents during a protest against critical race theory being taught at Scottsdale Unified School District before a digital school board meeting at Coronado High Schoo in Scottsdale on May 24, 2021. (Reuters)

School board meetings have become battlegrounds between parents and school board officials since the pandemic began.

Parents all over the country have been speaking out against coronavirus-induced mandates in schools and curriculums that have been associated with critical race theory. While most school districts reject the notion that students are directly being taught CRT, many point to elements of the academic school of thought infiltrating the school system.

The disagreements have prompted parents in many locations to run for positions on their local school boards.

Loudoun County and other areas of Virginia became hotspots in the parental backlash against school board members. Many attributed the success of newly-elected Virginia governor Glenn Youngkin to his position on giving parents the option to mask their children and campaigning against critical race theory.