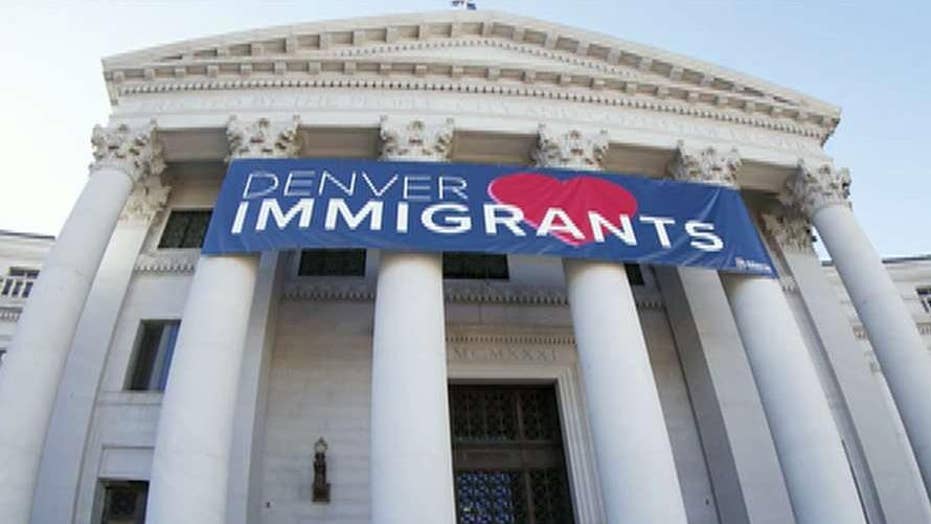 Denver, Colorado refusing to hand over information about 4 illegal immigrants wanted for deportation

The city of Denver is misleading the public in its strategy to prevent U.S. Immigration and Customs Enforcement (ICE) from obtaining information on illegal immigrants, ICE Deputy Executive Associate Director for Enforcement and Removal Operations Henry Lucero claimed Saturday.

Appearing on "Fox & Friends: Weekend" with hosts Jason Chaffetz, Pete Hegseth, and Rachel Campos-Duffy, Lucero said his agency issued four immigration subpoenas on Monday demanding information about three individuals that have been released and one that remains in custody. He said Friday's deadline to respond to their subpoenas flew by.

"The city of Denver failed to respond to ICE and provide that information. So, we're going to take it to the next level and seek a district court order from a district judge," said Lucero.

In a statement following the subpoenas, Ryan S. Luby, the public information officer for Denver's attorney's office responded to ICE's allegations, saying that the requests were honored.

"ICE officials contacted Denver to request jail release notifications involving four inmates. Contrary to what ICE is saying, we honored three of those requests for the three inmates released at that time. We will honor the request for the fourth inmate when he is released," said Luby. "Denver subsequently received administrative subpoenas from ICE...Denver does not comply with subpoenas unless they are Court-ordered or unless they are primarily related to a criminal investigation. Our immigration ordinance fully complies with federal law." 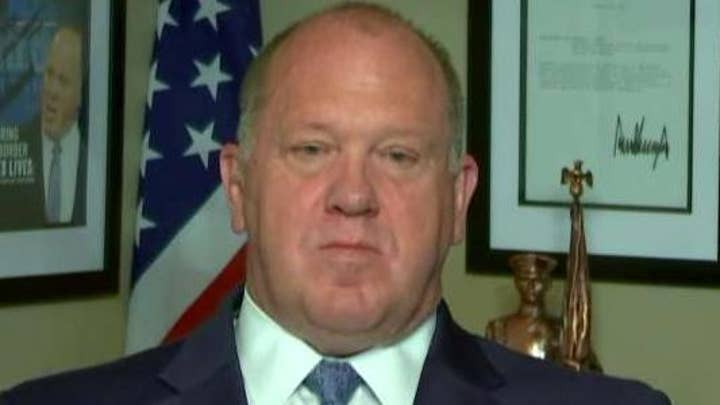 Lucero said that while the city of Denver may notify ICE the majority of the time, it's by fax machine about five minutes prior to the individual's release.

"They're not allowing us to assume custody in their jails," he added. They're releasing them to the streets and ICE officers are presented -- trying to make arrests outside that jail in sometimes chaotic situations," he said.

"I say it's another kind of strategy for the city of Denver to mislead the public," he told the "Friends: Weekend" hosts. "That, if they would honor our immigration detainers, we wouldn't be having this conversation."

"We want to protect the public -- not only in Denver but around the nation -- from dangerous criminals being released every single day from jails and prisons around this country," he stated.