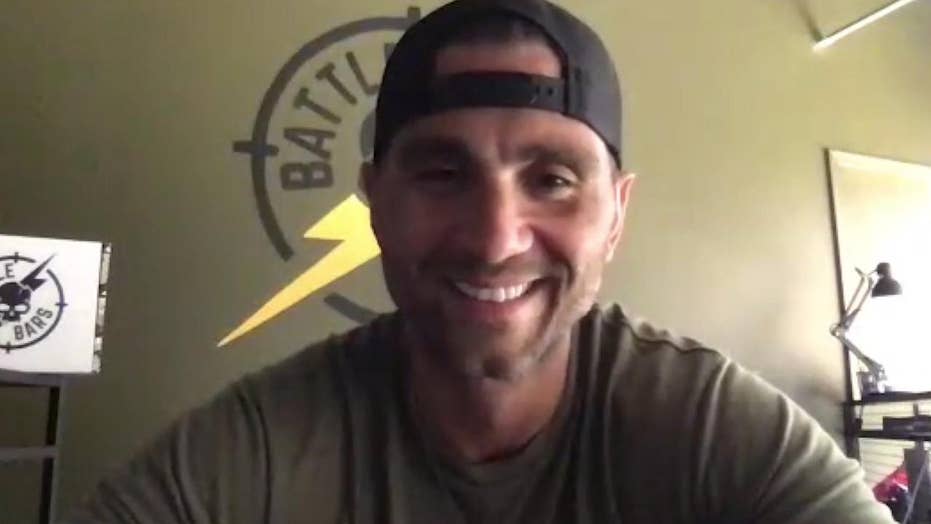 How Battle Bars CEO and Navy veteran Alex Witt is honoring his best friend, Patrick Zamarripa, in hopes of inspiring Americans across the country to honor the heroes in their lives.

Navy veteran Alex Witt is honoring his best friend, Patrick Zamarripa, in hopes of inspiring Americans across the country to honor the heroes in their lives. Zamarripa was one of the five officers killed during the 2016 sniper attack in downtown Dallas. The shooting is considered the deadliest day for U.S. law enforcement since the Sept. 11, 2001, terror attacks.

“Pat was my best friend throughout my military career,” said Witt. “He could've done anything, and he went and became a Dallas police officer, that was what he wanted to do ... he loved his job. He loved his country.”

July 7, 2020, was particularly poignant for Witt because it marked four years since Zamarripa’s death. As CEO of the veteran-founded protein bar company Battle Bars, Witt designated Zamarripa as the inaugural hero in the company’s Nominate a Hero program. He explained to Fox News that he wanted to highlight hometown heroes from across the country who are making their community a better place amid the turbulence of the coronavirus pandemic.

“At the end of the day, we want to make sure that everyone has a chance to talk about these local people in their communities that are making a difference,” said Witt. “That means anyone – community leader, teacher, nurse, doctor, dog walker, mailman or mail-woman – anyone who’s doing good things in their community, let’s start those kinds of conversations.”

Witt explained that anyone can nominate his or her community hero through the company’s website. Battle Bars will then not only feature the chosen hero on their website but also include information about him or her inside packages of Battle Bars. Witt told Fox News that he hopes stories like Zamarripa’s will help restore faith and goodness during the coronavirus.

“The day that Pat died, he was buying food for a homeless man who had his wallet stolen,” said Witt. “He's just a good person, and that's what is being overshadowed in the world right now. The sole purpose of our Nominate a Hero program is to raise up communities one at a time, just like Pat did.”