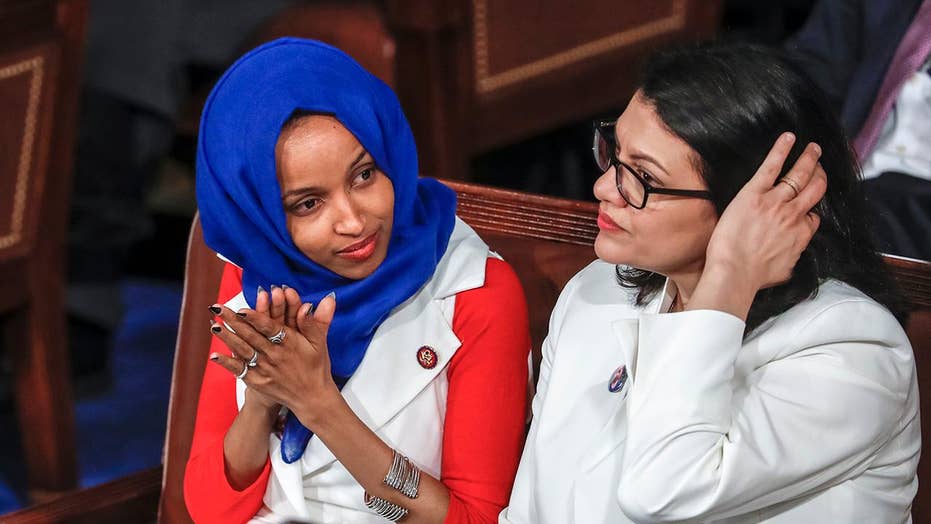 White House deputy press secretary Hogan Gidley condemns Reps. Tlaib and Omar for their 'disgusting' behavior against Israel and pushes back on warnings of a potential recession.

Appearing on “America’s Newsroom” with host Sandra Smith, Gidley said that the controversy surrounding two of the “Squad” Democratic congresswomen – Reps. Rashida Tlaib, D-Mich., and Ilhan Omar, D-Minn.– was actually generated to take the “BDS [Boycott, Divestment and Sanctions] movement and make it even bigger” and “to purport some type of support from…America for it.”

“It’s unacceptable,” Gidley said. “We’ve got to call it out for what it is, and we can’t keep dancing around what these new faces of the Democrat Party are pushing. And that’s hatred toward the Israeli people.” 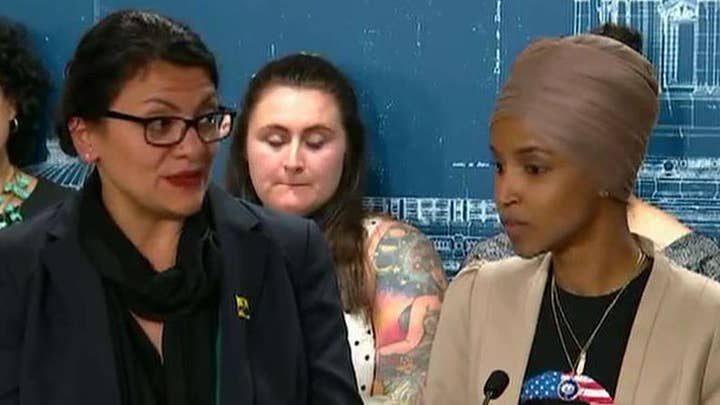 Both Tlaib and Omar are known for their anti-Israeli commentary. Israel’s Prime Minister Benjamin Netanyahu cited the rhetoric in a statement released following the travel restrictions issued against the two women. Later on, Israel’s Interior Minister Aryeh Deri lifted the ban on Tlaib, who promptly rejected the offer.

Tlaib tweeted that she wouldn’t allow Israel to use her love for her grandmother to force her to “bow down to their oppressive & racist policies.”

Deri struck back, tweeting that Tlaib’s hatred for Israel overcomes her love for her grandmother.

On Monday, Tlaib and Omar held an emotional news conference addressing Israel’s decision to bar their entry after a series of testy Twitter exchanges. The pair also called on Congress to take action. 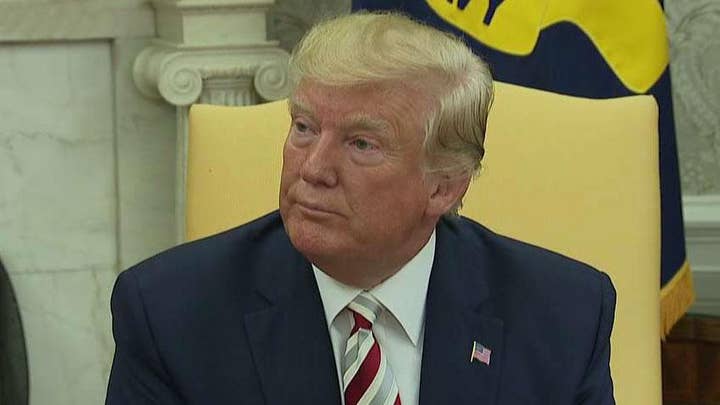 “The decision to ban me and my colleague, the first two Muslim-American women elected to Congress, is nothing less than an attempt by an ally of the United States to suppress our ability to do our jobs as elected officials," Omar said.

Tlaib held back tears as she discussed her experiences visiting Jerusalem as a child.

Gidley told Smith: “When they come out and say that ‘Israel didn’t want us to come there because we are Muslim,’ nothing could be further from the truth. Israel has the right to keep people out of its country that want to destroy it. And, that’s what the BDS movement does.”

“Twenty percent of the population of Israel are Muslim,” Gidley stated. “So, they don’t have a problem with dissension… What we have a problem with is the American media, who refuse to call out anti-Semitism for what it is. Instead, they characterize it as opening a conversation about Israel’s control. That is complete garbage and it’s disingenuous," she said.

"The Democrats are encouraging this behavior and the media are allowing it to happen.”

“Democrats at all levels – whether it’s Nancy Pelosi, Chuck Schumer, or the myriad of candidates running for the President of the United States on the Democratic side – have to join together and condemn this type of hatred toward Israel,” Gidley said.