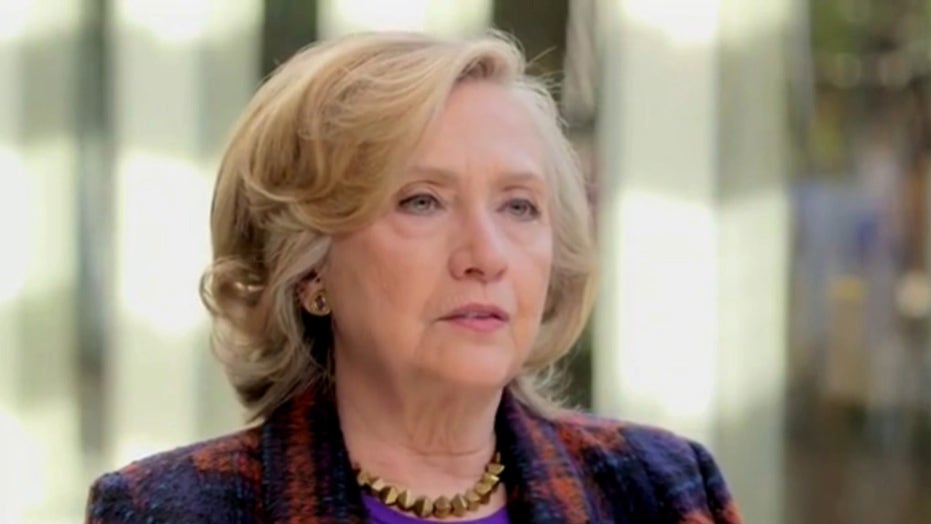 Hillary Clinton takes shot at progressive Democrats, suggests they could cause 2022 election losses

Former presidential candidate Hillary Clinton took at shot at progressive Democrats this month, appearing to blame them for the inability of the Democratic controlled Congress to "get things done," and suggesting they could be the cause of potential party losses in the 2022 midterm elections.

Former presidential candidate Hillary Clinton took a shot at progressive Democrats this month, appearing to blame them for the inability of the Democrat-controlled Congress to "get things done," and suggesting they could be the cause of potential party losses in the 2022 midterm elections.

During an interview with MSNBC's Willie Geist that took place earlier this month and aired in part on Thursday, Clinton implored Democrats to start thinking about the party's ability to win elections overall and not just in deep-blue districts where they were assured victory.

Geist turned the interview's attention to the topic, asking Clinton what she saw as the current state of the Democratic Party.

Hillary Clinton called for Democrats to think more broadly about electoral strategy and not just what worked in deep-blue districts. (MSNBC)

"I think that it is a time for some careful thinking about what wins elections, and not just in deep-blue districts where a Democrat and a liberal Democrat, or so-called progressive Democrat, is going to win," Clinton said. "I understand why people want to argue for their priorities. That’s what they believe they were elected to do."

HILLARY CLINTON IS BEGGING DEMOCRATS TO CONSIDER HER AS AN ALTERNATIVE TO BIDEN: DEVINE

"Look, I'm all about having vigorous debate. I think it’s good, and it gives people a chance to be part of the process," she added. "But, at the end of the day it means nothing if we don’t have a Congress that will get things done, and we don’t have a White House that we can count on to be sane and sober and stable and productive."

Clinton's comments come on the tail of a Republican upset in Virginia's gubernatorial election, as well as amid a massive wave of Democratic House members announcing their pending retirements.

Tensions between progressive and moderate Democrats also appeared to reach an all-time high this month as President Biden's signature Build Back Better agenda hit a wall. Sen. Joe Manchin, D-W.Va., infuriated liberal colleagues after he announced he would not support the massive spending bill passed by Democrats in the House, effectively killing it with all 50 Senate Republicans also in opposition.

HILLARY CLINTON TEARS UP READING WOULD BE 2016 ‘VICTORY SPEECH’

Sen. Joe Manchin, D-W.Va., speaks at a press conference outside his office on Capitol Hill on Oct. 6, 2021, in Washington, D.C. Manchin spoke on the debt limit and the infrastructure bill.  (Photo by Anna Moneymaker/Getty Images)

Progressives blasted Manchin after his announcement and called on Biden to instead use executive action to implement parts of the legislation.