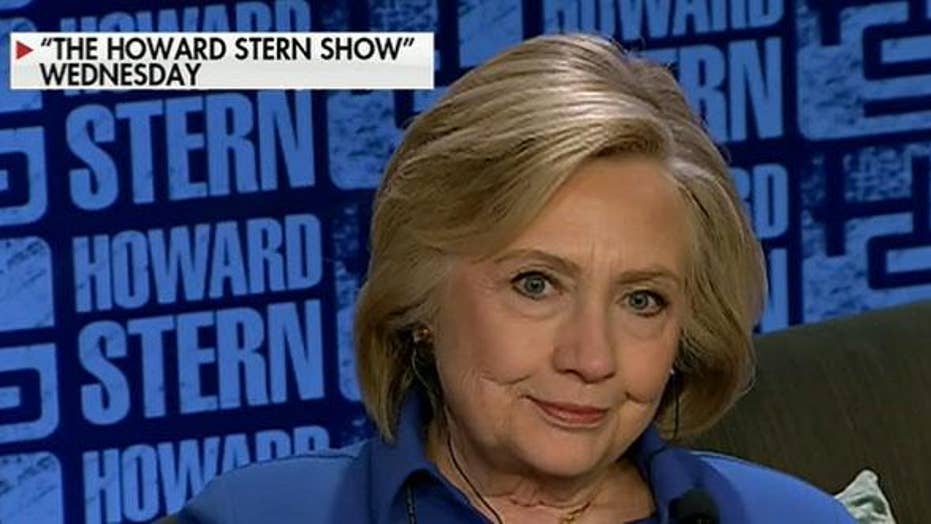 Hillary Clinton dismissed rumors that she had engaged in lesbian affairs during an interview with shock jock Howard Stern on Wednesday, and now a prominent LGBTQ advocate is “disappointed” in the former secretary of state.

“Never even been tempted, thank you very much,” Clinton told Stern when asked if she had ever engaged in a “lesbian affair.”

Reporter Trish Bendix, who has won the 2015 Sarah Pettit Memorial Award for excellence in LGBT media and is a member of the National Lesbian and Gay Journalists Association, didn’t appreciate Clinton’s response to the question.

“It's so frustrating when public figures like Hillary feel the need to dispel lesbian rumors in a way that equates lesbianism or queerness with salaciousness, and that's ultimately what I dislike about the way she phrased it,” Bendix told NBC News.

Bendix said she was specifically bothered by Clinton’s use of the word ‘tempted” when shooting down Stern’s question.

“I think there's a way to refute untrue ideas about one's own identity without saying something damaging to others,” Bendix said.

“Tsk tsk, Hillary. The former presidential candidate is taking heat for her response to old rumors about her being a lesbian," Hays wrote. “And while we’re not bashing her for her sexuality, it’s a hilarious predicament for the woman who fancies herself a de facto leader of the left.”

Like most Stern interviews, various sex-related topics were brought up over the course of the lengthy conversation with Clinton. She also explained that she was in love before meeting Bill Clinton and even detailed her first date with her future husband.

“I dated a lot of different people and I liked a lot of them,” she said of her past romances. “I was pretty popular... boys were not my problem.”

The former secretary of state said she “played a little hard to get” on her first date with Bill Clinton, but he eventually impressed her with access to a closed Mark Rothko art exhibit.

“What an operator this guy is,” Stern said of the former president.