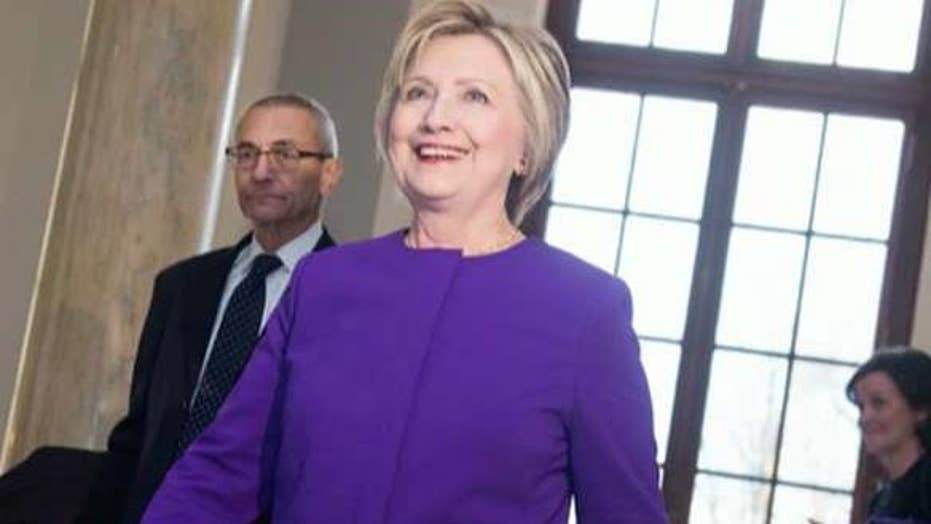 Now is the time for Hillary Clinton to jump into the 2020 race for the White House and take advantage of the weak and fractured field, said Ben Shapiro on Thursday.

Shapiro claimed cracks are beginning to show with the current front-runners for the Democratic nomination and said voters aren't responding to their initial policy proposals.

"It appears there is some roiling tension inside that Democratic field. People are not satisfied with the field they have," he said on "The Ben Shapiro Show."

Shapiro predicted that if Clinton got into the race she would easily clinch the nomination, but said she is unlikely to do so, paving the way for a Trump victory next November.

"If she were to jump in right now, I think there's a pretty good shot she wins the nomination," he said. "Now, is she actually going to do that? Probably not. And that means the Democratic field is pretty, extraordinarily weak."

The Daily Wire editor-in-chief also targeted Warren directly and mocked her front-runner status, by calling her a dishonest liar.

"The budding impression of Elizabeth Warren is that she's dishonest," he said. "She lies about everything... she lies about her 'Medicare-for-all' plan... and she has now gone back and deleted her tweet about Native American DNA... she's a damn liar."

Last Wednesday Clinton mentioned a hypothetical 2020 run during a PBS News Hour interview and said she could defeat Trump "again" if she decided to jump back in.

"So maybe there does need to be a rematch," Clinton said. "Obviously, I can beat him again. But, just seriously, I don't understand, I don't think anybody understands what motivates him, other than personal grievance, other than seeking adulation."