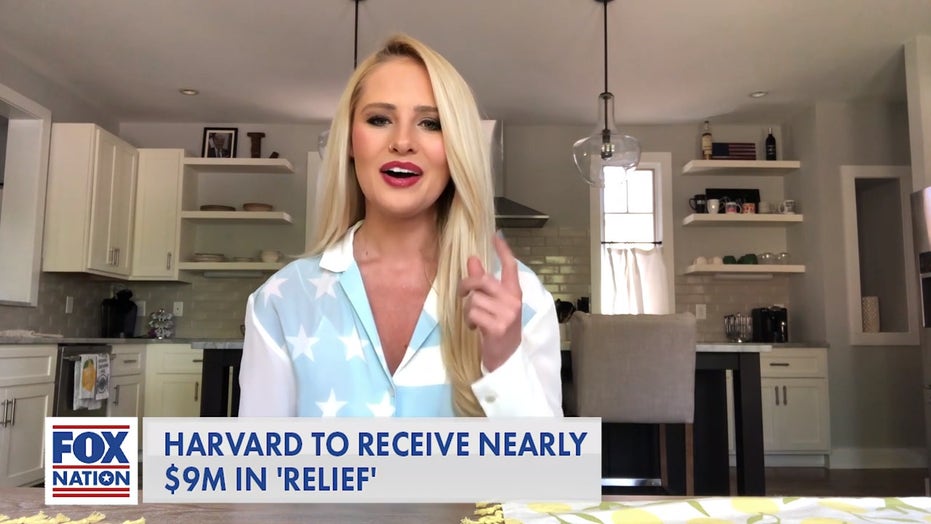 Harvard University said on Tuesday it will not give back nearly $9 million in grant money received as part of a coronavirus relief package, despite growing criticism from President Trump and others.

“I’m not going to mention any other names," said President Trump during a White House Coronavirus Task Force news conference on Tuesday evening, "but when I saw Harvard — they have one of the largest endowments anywhere in the country, maybe in the world. They’re going to pay back the money.”

Fox Nation host Tomi Lahren predicted this backlash in her daily commentary, "Final Thoughts," recorded prior to the president's remarks.

"One Ivy League school with a $40 billion endowment – that's billion with a 'B' – is set to cash in on nearly $9 million in federal taxpayer-funded relief," said Lahren, "You don't have to have a Harvard degree to know something doesn't quite add up there."

In response to President Trump, the university said in a statement, “Like most colleges and universities, Harvard has been allocated funds as part of the CARES Act Higher Education Emergency Relief Fund,” adding that the university plans "to direct 100% of the funds to financial assistance to students, and will not be using any of the funds to cover institutional costs."

"Times are tough for most Americans and most businesses," said Lahren, "However, times don't appear to be that tough for Harvard University, which, according to its own annual financial report, celebrated its sixth budget surplus in June 2019, a budget surplus of dang-near $300 million dollars."

"In fact, Harvard's endowment has a value of nearly $41 billion dollars, an increase from the prior fiscal year because damn, I guess academic liberal indoctrination is pretty dang profitable." 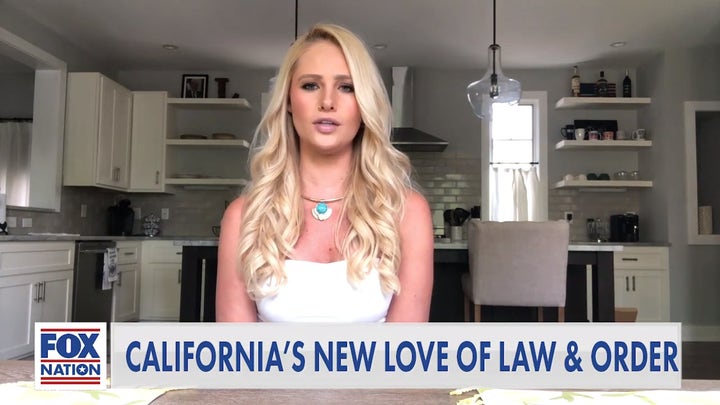 Lahren also pointed out that Harvard is not the only fiscally sound institution to receive coronavirus relief funds.

"According to the Department of Education's count," continued Lahren, "Columbia and Cornell will each get $12.8 million dollars. Yale gets $7 million and Princeton is supposed to receive around 2.5 million."

Forbes reported that Yale University in New Haven, Conn., ranks behind Harvard with the second-largest endowment in the U.S., at almost $25.5 billion.

"That's the most ridiculous thing I've heard since I found out our tax dollars are also going to fund the freakin' Kennedy Center to the tune of $25 million bucks," said Lahren.

"This country is living an economic nightmare right now with millions upon millions of people actually struggling just to get by thanks to a government-imposed financial torpedo. And we have elitist Ivy League institutions cashing in at our expense," she said in exasperation, though she noted that the Trump administration acknowledged this issue early on.

TOMI LAHREN: YOU CAN SMOKE CRACK IN L.A., BUT DON'T YOU DARE VIOLATE SHELTER-IN-PLACE

"Our secretary of education, Betsy DeVos, gets it," observed Lahren. "In a letter to university and college presidents, she asked them to consider that if their institution's students don't need the funds at this time... they should give it back so schools in actual need can benefit."

In a statement to Newsweek last week, a U.S. Department of Education spokesperson said, "Secretary Betsy DeVos shares the concern that sending millions to schools with significant endowments is a poor use of taxpayer money... We hope that the presidents of these schools will take the Secretary's advice and direct CARES Act funds to students in need, no matter where those students are enrolled."

"So how about it, Harvard?" concluded Lahren, "What do you have to say for yourselves? Because the American people paying your tab would sure like to know."