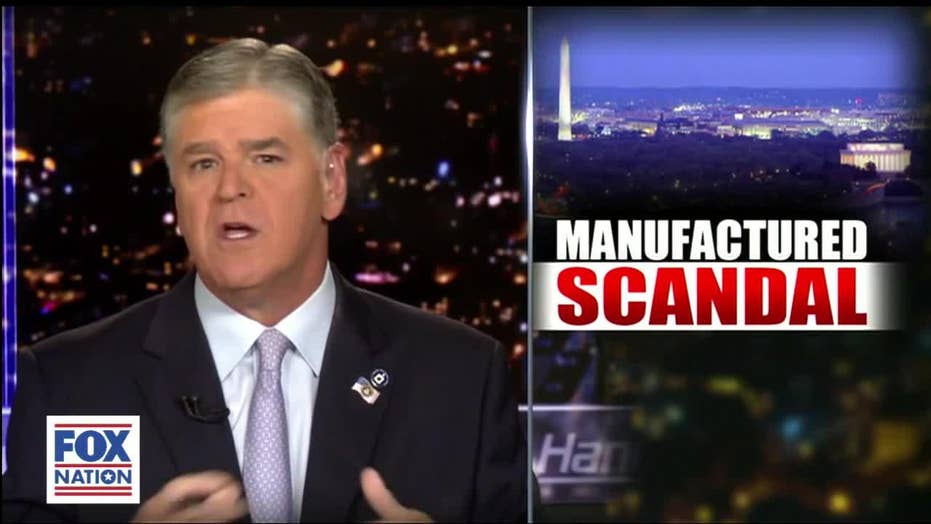 Hannity: Democrats 'guilty of nearly every single accusation they are throwing at' Trump

Fox News host Sean Hannity's commentary Monday night took on new relevance as a photo emerged raising questions over former Vice President Joe Biden's involvement in the firing of a Ukranian prosecutor, who was investigating a company that employed his son.

Hannity argued that the Democrats are trying to impeach President Trump over a "manufactured crisis," while they commit misconduct themselves.

“The great irony here is that once again – it is the Democrats [who] are guilty of nearly every single accusation they are throwing at the president."

In April 2014, Hunter Biden became a paid board member of the Ukranian natural gas company Burisma Holdings, and he remained on the board through early 2019. In March 2016, then-Vice President Biden pressured the Ukranian government to fire General Prosecutor Viktor Shokin, who was investigating Burisma Holdings.

Earlier this month, Biden told Fox News that he never discussed his son’s foreign business dealings. But a new photo obtained by Fox News' "Tucker Carlson Tonight" shows Biden and his son golfing in the Hamptons with Devon Archer, who served on the board of Burisma Holdings. 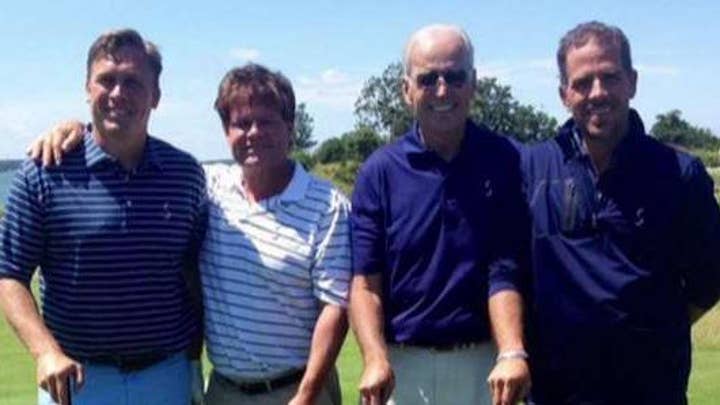 “It’s now a running theme on the left and the media. Everything they accuse the president of — they themselves are guilty of doing.  You want clear evidence of a quid pro quo?  OK, look no further than sleepy, creepy, crazy, Uncle Joe.  He’s bragging about it,” said Hannity, referencing a video of Biden claiming credit for the firing of Shokin at a 2018 Council of Foreign Relations event.

Hannity continued, claiming that Democrats are now fast-tracking an impeachment investigation because they saw Robert Mueller's special counsel investigation as a failure.

“Now, a second witch hunt, after three years of the first witch hunt. Four investigations, no collusion.  Well, they now started on another one. But they’re not going to make the same mistake which is ‘Oh, we’re not going to wait three years and then get disappointed in the end when it doesn’t come out the way we thought it was going to come out,’” said Hannity. 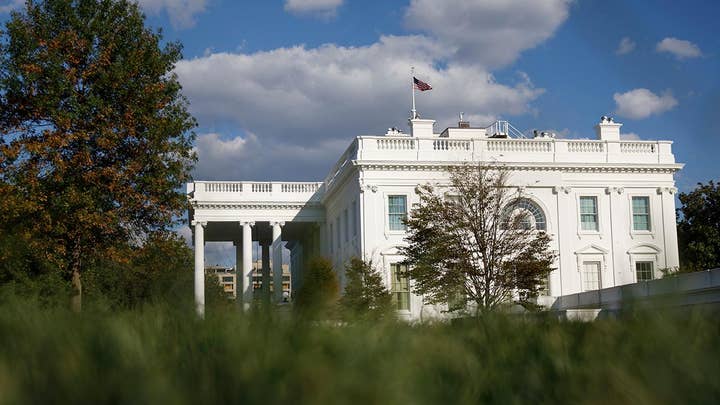 Also Monday night, Tucker Carlson and Laura Ingraham accused Democrats of attempting to reverse the will of the American voter by seeking to remove President Trump from office.

On "The Ingraham Angle," Ingraham said Democrats are setting a dangerous precedent.

Ingraham, “Their choice to weaponize impeachment is all the proof you need of their aversion to democratic rule... The ‘Nancy-Ocasio-Pelosi Democrats’ see the voters as speedbumps on the way to the progressive promised land. But watch out kids, because these speed bumps have spikes, and if your party stay on this anti-democratic road you won’t just lose a tire, you’re going to blow an axle.”

Finally, Carlson ripped the president's opponents with a tongue-in-cheek takedown.

“For just about three years since the day Donald Trump was inaugurated, the left has worked tirelessly to end his administration by non-democratic means if necessary – very much including impeachment," he said. "They are closer than ever to reaching that goal and yet … they don’t appear very happy about it.  In fact, the closer impeachment gets the more despondent they seem.

“They had such high hopes for President Trump. They want you to know that. They saw his potential – sure they could be mildly critical from time to time – but only in the most loving way, as a parent corrects a child... Sometimes you have to overturn a democracy in order to save a democracy," concluded Carlson.

To see the full daily segment and for more from your favorite Fox News hosts, sign up to Fox Nation and watch "Primetime Highlights" daily.