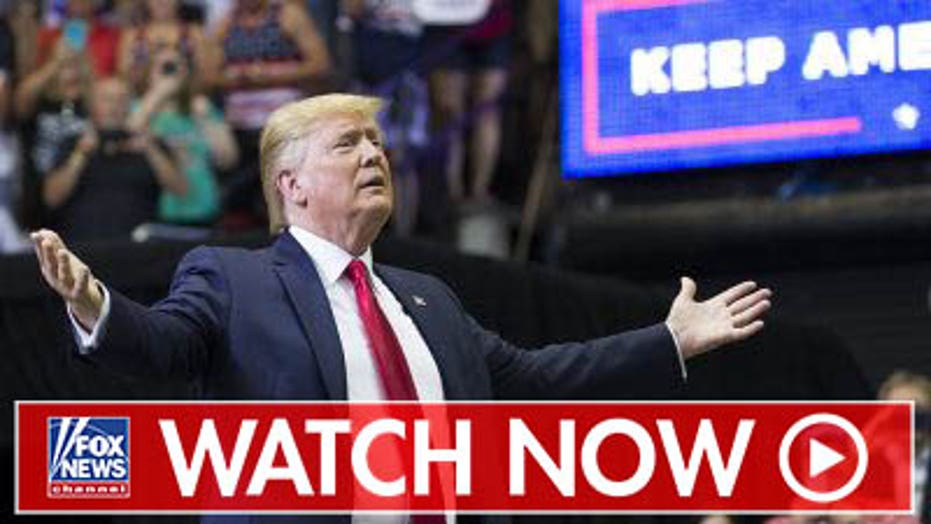 The president pauses his speech while the disturbance is dealt with.

Trump was in the midst of remarks on how he believes Democratic leadership in some urban areas lead to their decline.

"The Democrat record is one of neglect and corruption and decay -- total decay," he said.

"Democrats have taxed and regulated jobs and opportunity out of these cities -- they've squeezed the blood out of them. So many of these mayors... are in jail." 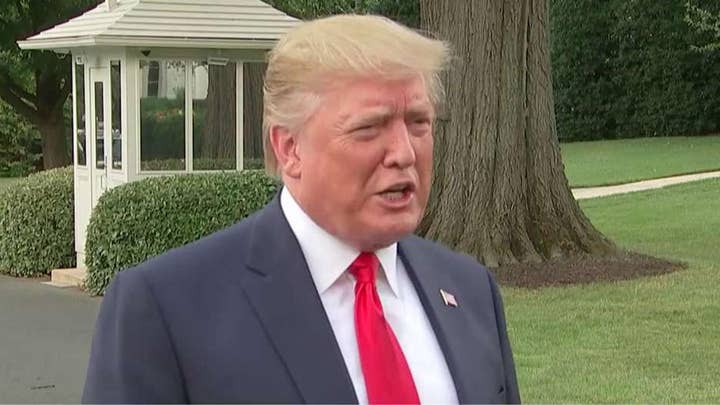 When Trump claimed Democratic lawmakers care more about illegal immigrants than their own constituents, the trio began making a commotion at stage left.

One banner read, "immigrants built America," while another had a crude slogan that has at times been used as part of anti-ICE protests across the country.

Another man wearing a suit leaned over to snatch a female protesters' cloth.

Amid the commotion, the typically large crowd in the arena began chanting, "Trump, Trump, Trump," as law enforcement sought to remove the protesters.

Those chants transitioned into, "USA, USA, USA" and cheers that erupted as the protesters were led away.

During the incident, the president leaned forward on the dais to ask supporters in the front row if Cincinnati had a Democratic mayor.

After nodding, he returned to the microphone and said, "You must have a Democrat mayor?"

"Well, that's what happens," he continued, transitioning into a commentary on the size of the crowd in the arena and those who were unable to get in.

The city's mayor, John Cranley, is a Democrat. He is in his second term and previously lost two bids to unseat the area's congressional lawmaker, U.S. Rep. Steve Chabot, R-Ohio, -- in 2000 and 2006.