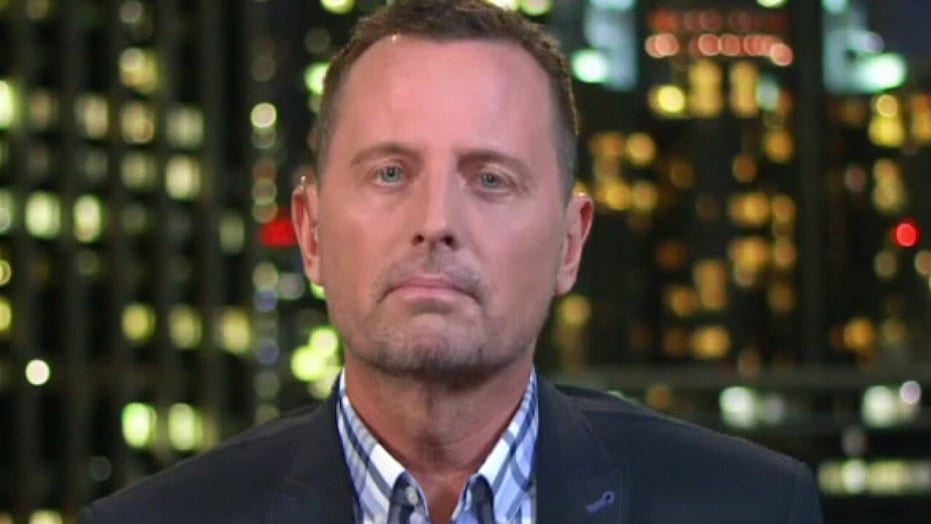 Grenell, also a former U.S. ambassador to Germany, told host Laura Ingraham that Bolton "ran an NSC [National Security Council] that leaked like crazy. Everything that happened leaked out of the NSC. Is it no surprise that somehow all of these stories didn't leak when everything else was leaking?

"I have to say that everyone should be troubled by someone who is unwilling to testify under oath, but that is willing to speak under a book deal," Grenell added. "And to me, this is exactly what's happening. They saved salacious stories in order to sell books.

"There's no other explanation for this," he went on, "because clearly this is not the President Trump that we know, and we had all sorts of signs that John Bolton was going to go his own way anyway."

In his book "The Room Where It Happened," -- due out next week -- Bolton charges that Trump regularly gave "personal favors to dictators he liked," supported the building of additional concentration camps in China, and asked that country's president, Xi Jinping, to help him in the 2020 election by buying more U.S. agricultural goods.

Grenell acknowledged to Ingraham that he had a specific problem with Bolton on an issue close to Grenell's heart.

"When it comes to Kosovo and Serbia," said Grenell, a special envoy for negotiations between the Balkan states. "We're having both of those two together at the White House next Saturday to talk about a historic movement and agreement. And yet I'm fighting constantly about this rumor about land swaps between the two.

"And that's not Trump's policy," he added, "but when you dig deep, both sides say, 'Well, that's what John Bolton said.'

"And so I'm fighting all of the rumors that that persisted because Bolton was pursuing his own policy rather than President Trump's policy," Grennell added.

"This is no longer a fight about Republicans versus Democrats. This is the fight of Washington, D.C. versus the rest of America."